2021, Our second attempt at the MSG series returning to Haughly Park near Stowmarket after racing once at the venue last summer. We arrived mid-morning with the Mens Cat 3 & 4 races already in full swing which meant I had missed any opportunity for a practice and sightings lab but that was a bit too early.

Ladies' races started late morning Cat 1 first followed by Cat 2 and 3 at 15-minuteintervals so everyone was on the course together and finished together. Having a less competitive outlook to things and no technical ability I lined up on the start with 12 other Cat 3 ladies; I wanted to finish and preferably get four laps in like last year. I can only say a had an abysmal start, completely missing my pedal and being last into the corner, quite an achievement as I was lined up forth!

I spent the first lap trying to get back into some sort of race position and was relieved that the course dived off the horribly bumpy grass and made its way through the trees, over a few covered cattle grids, gravel tracks and more wooded single track. It became apparent it was just as dusty as last year especially in the corners, a few short sharp climbs the last one on the course I just couldn't quite manage resorting to running rather than wobbling off.

I did slowly pick my way back through the field and settled into a nice pace towards the end of the second lap, relaxed a bit too much on my third (taking in the bluebells) with nobody in sight to chase. As I crossed the line, I realised I may just be able to complete a fourth lap so this turned into a bit of a time trial. I was now being caught be ladies from the other categories which was sort of good as it meant I had wheels to follow. I crossed the finish line with the clock saying 0:00. Did that count or not?

I found Robin getting ready for his practice lap and warned him it was just as dusty with sandpits in the corners and not much grip. Linning up for the Cat 2 race twelve rows back in a field of 75ish riders and 50ish Cat 1 already on the track he wasn't short of people to race.

The race had a bit of a false start, bottle necking within 100m and a couple of riders on the floor, eventually it headed out across the grass and into the trees. The field thinned out and Robin caught a group of riders that appeared to be a similar speed sharing their efforts to set the pace. Thoroughly enjoying himself he toyed with the idea of going around but liked following the wheels. Six laps rolled by and as he exited the single track pipped all the riders in sight across the finish line concluding that he should have tried harder! Thoroughly enjoying himself even with sandcastles in his eyes and wondering why I had such an issue with the last climb apparently, we now have to enter the next one! 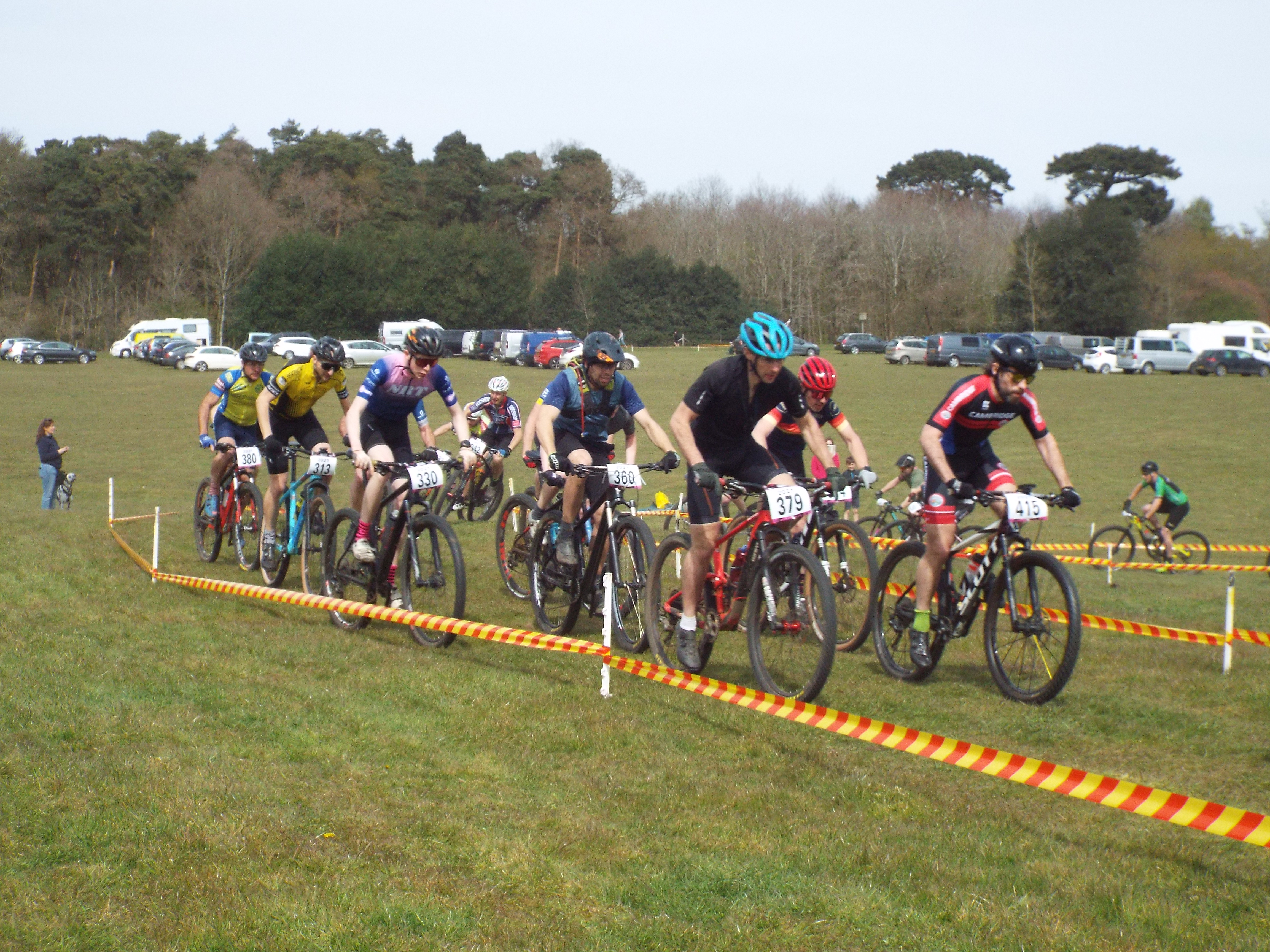 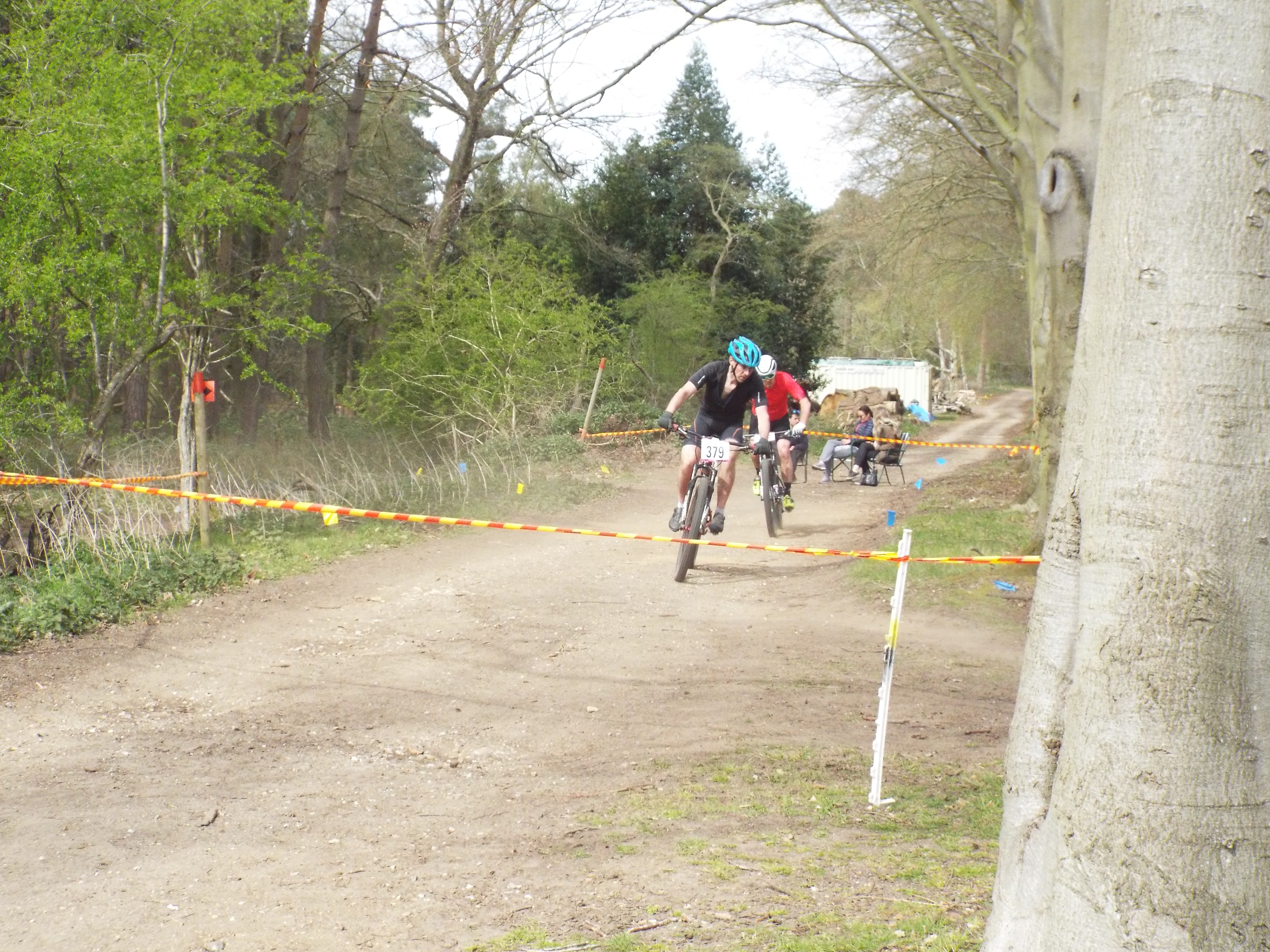 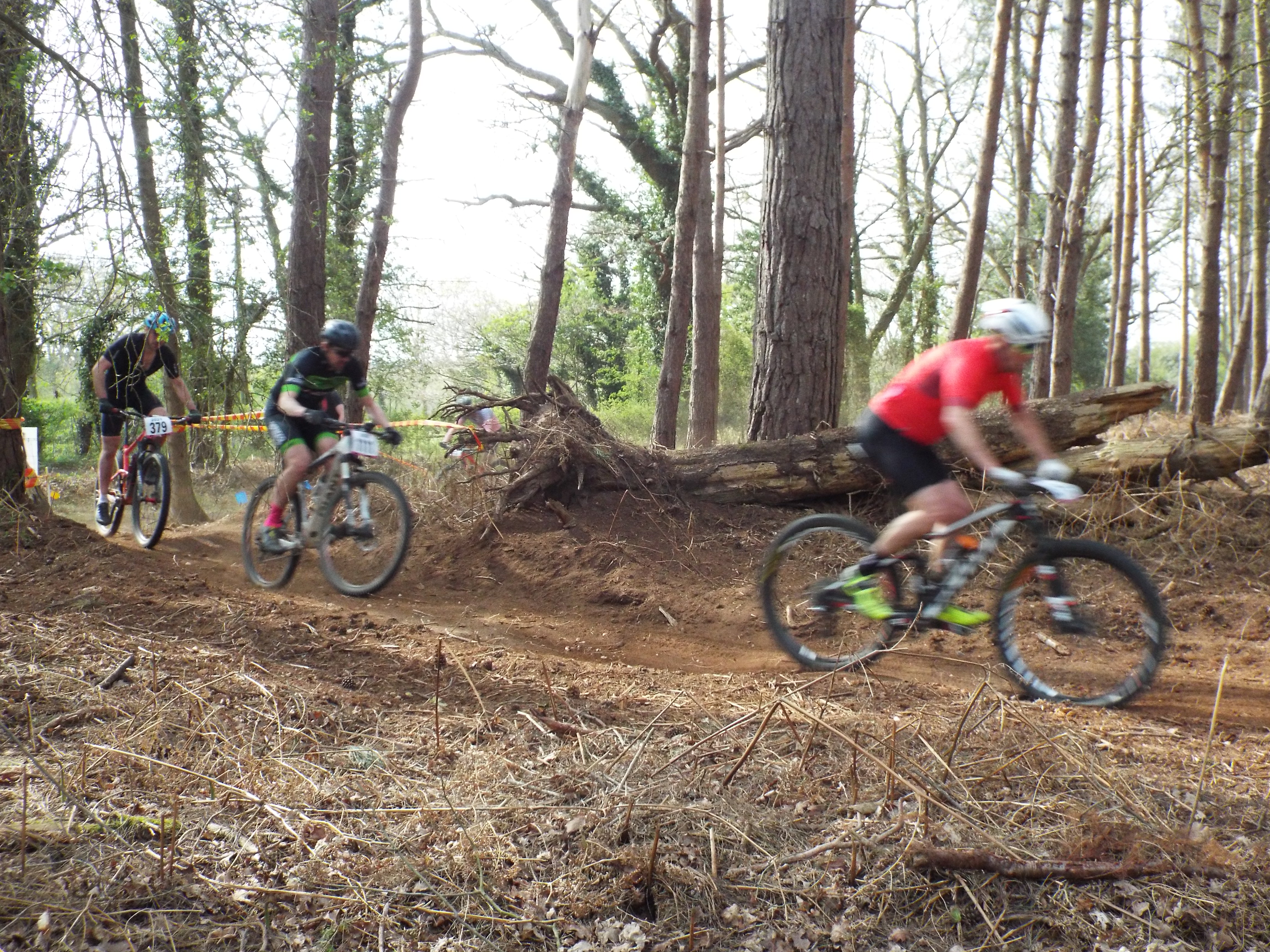 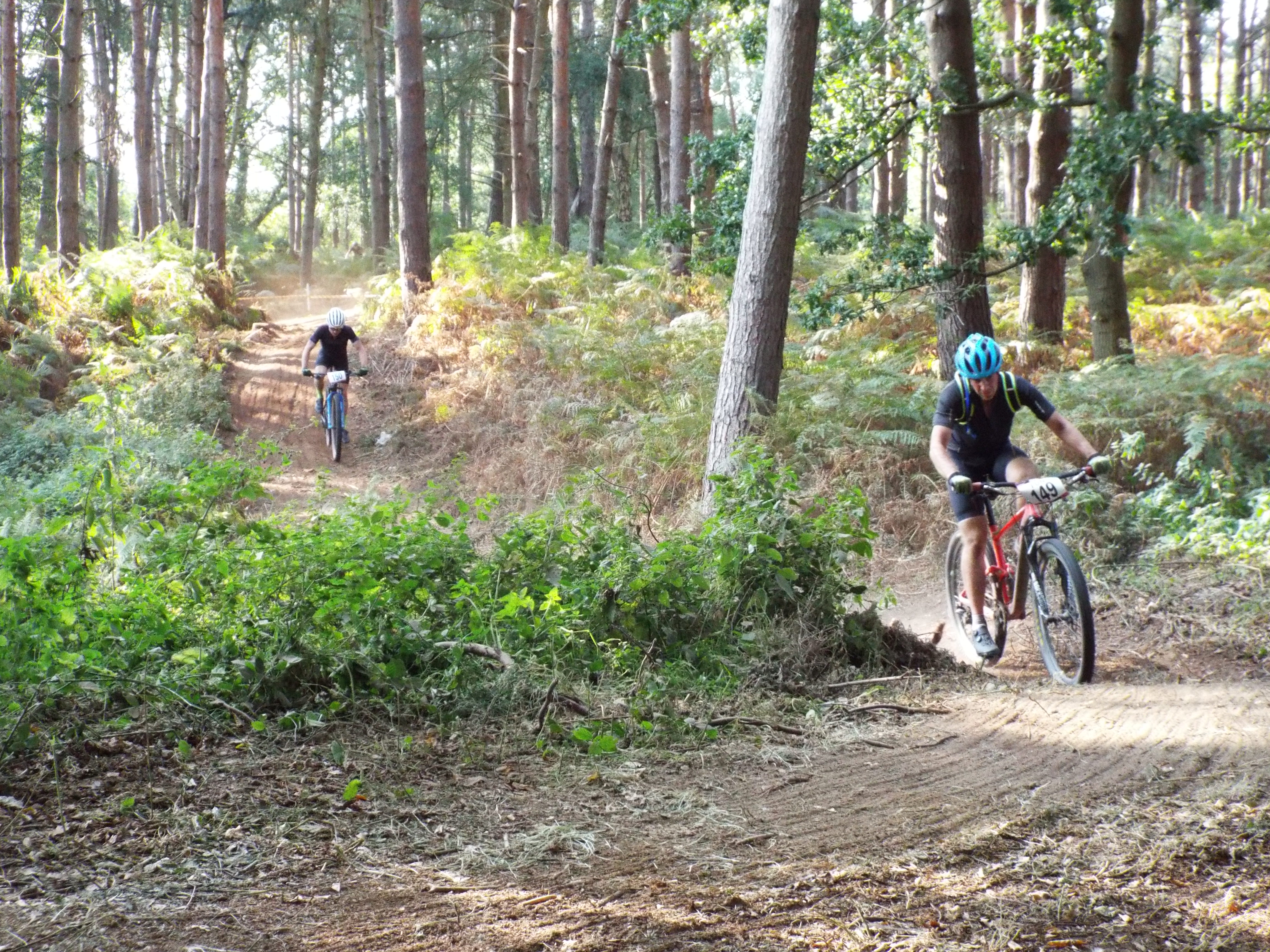 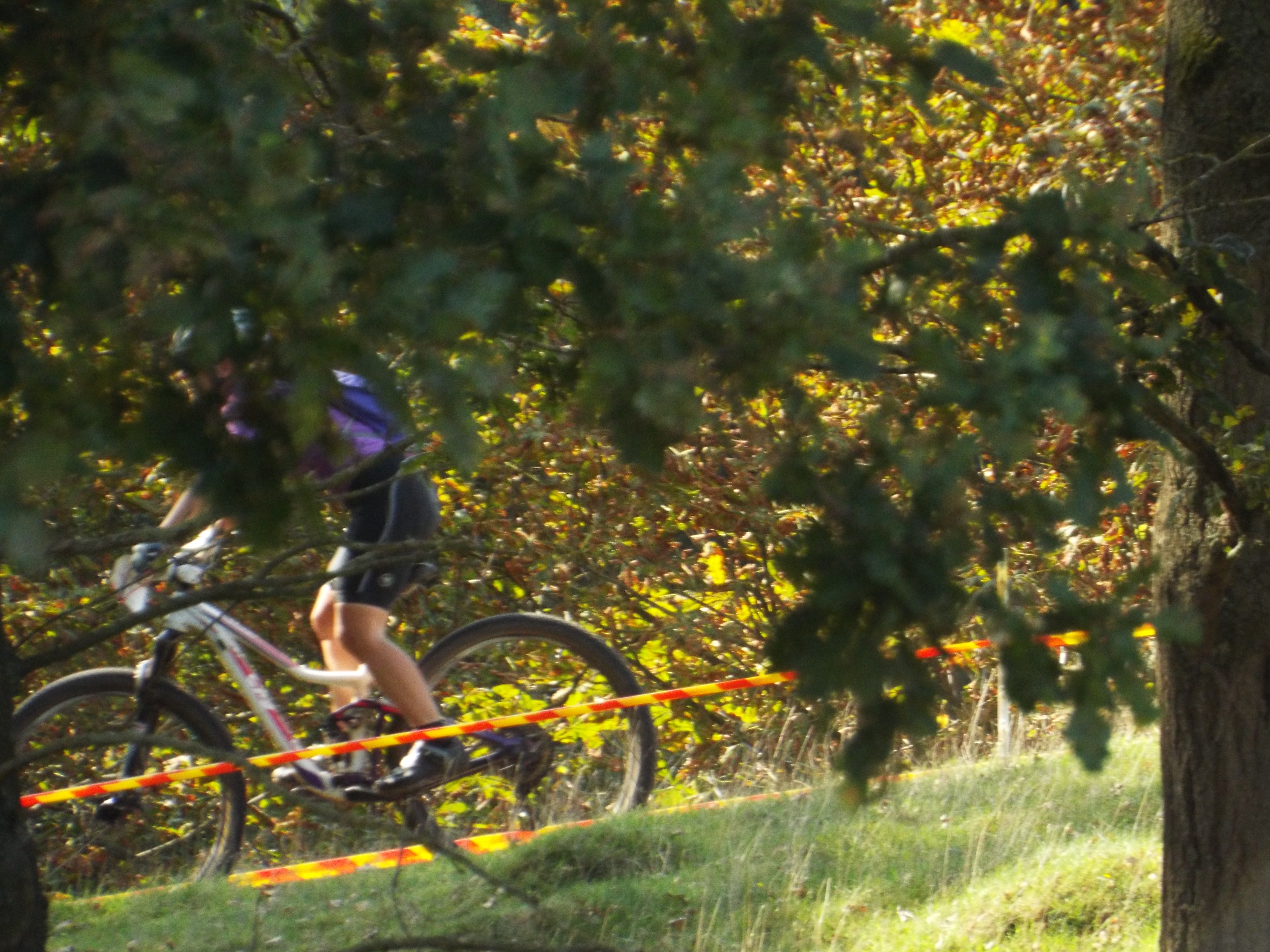