So, after 20 events and 55 different riders the final St Neots Cycling Club Time Trial of the 2012 season was upon us. 21 riders took part in the season’s finale which also decided the winner of the 2012 Handicap Trophy.

Chris Ritchie notched his first win of the season with a very creditable 28.21 minutes, given the strong head winds on most of the 11.2 mile course.

Only Chris and David Lindsay were under 30 minutes this evening and after the recent spate of PB’s, only three were produced: by Kevin Holditch, Phil Tily and Morgan Bacon. Morgan is 16 and in his third TT and took over 2 minutes off his opening time.

Welcome to Neil Wood and Dan Baxter who joined us for their first TT with the club. 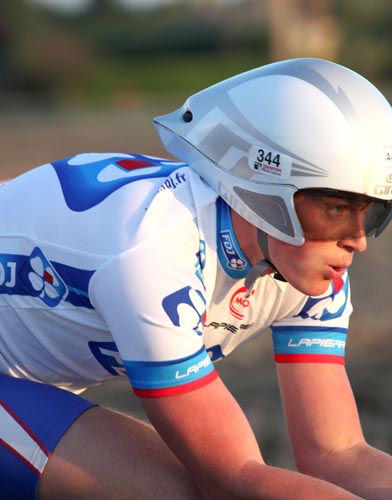 Barring a puncture it was unlikely that Steve Pleasance would be caught going into tonight’s event with a 10 point lead. Steve delivered close to his PB to gain 16 points and the winner’s trophy for 2012. Jonathan Pang was second and Steve Muchmore third. Congratulations and well done Steve, especially in your first season with the club and for flying the flag for the over 50’s. Jonathan did not give up trying to chase Steve down over the past few weeks but the gap at the end was just too much. Steve Muchmore, who managed to secure third spot by only half a point from Rob Black, wishes that he had bought the new bike and bars earlier in the season, after picking up 47 points in his last 3 TT’s. 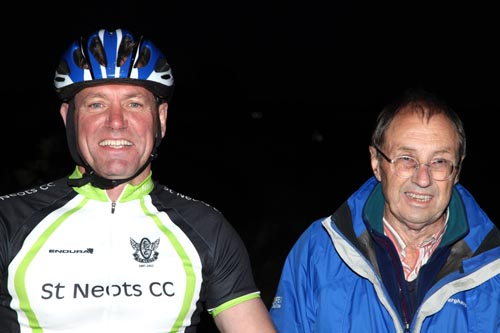 Steve Pleasnace, winner of the TT Handicap series with Brian Morley, one of our principal timekeepers

Jane Stapleton who was not only the highest placed woman, but also achieved fifth place after only 11 TTs desreves a special mention; as does Rob Black with 145 points after 12 TT’s.

A further report will follow with everyone’s times for each event this year and also their handicap time for the start of next season.

This has been one of the best attended St Neots Cycling Club Time Trial series for a number of years with an average of 20 riders per event and also one of the most closely contested Handicap Trophy competitions. Only 33 weeks until the start of the 2013 season.  Get training! 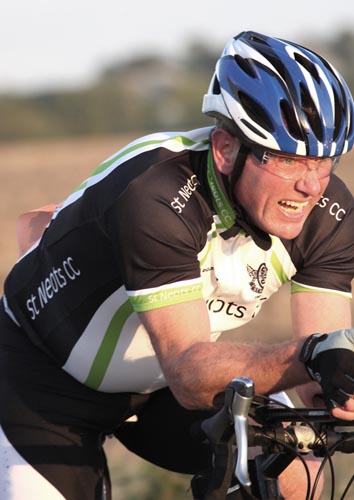 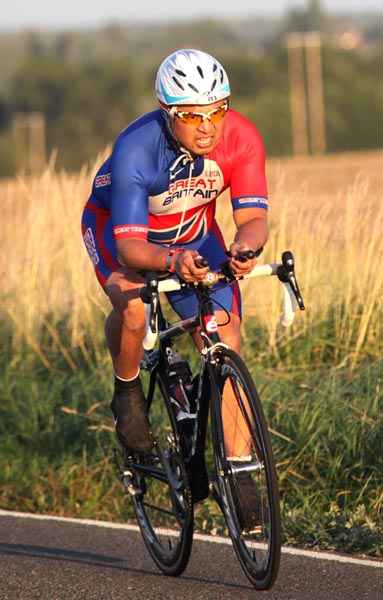 Jonathan Pang - runner up in the Handicap competed in all 20 TTs - chapeau!

More photos of the final TT of the season to follow.