We'd like to say a big thank you to all those who entered the Sportive and all the Club volunteers and helpers who made the event such a success.

We have been delighted with the feedback, and many are asking how we managed to lay on such superb weather and asking what date we plan to have the event in 2013 (and encouraging us to arrange similar weather next year). Luck was certainly on our side with the weather and watch this space for the date of a 2013 event.

Actually, at the start of the day the weather was not promising. It was certainly much colder than it has been for a few months and the lingering fog was not a good portent for the rest of the day.

The weather did not, however, deter the riders who were queuing before 7.30am to register although the first bike was not due to be away until 8am. TriSports who were in attendance were by now selling gloves to those who had forgotten theirs or had not realised that it would be so cold! Thanks to Alistair who managed the signing-in process and manned the emergency phone all day.

One hundred and six riders had registered before the event and 13 registered on the morning. We had two cancellations prior to the event and fifteen “no shows” on the day (we bet they are kicking themselves for missing out), and so 102 riders left the car park and headed off on the 125km route, briefed by Richard Ostler who had also worked hard with Alec beforehand to get e-mails out to the entrants.  Richard, of course, was also the designer of the route, which got much praise on the day. 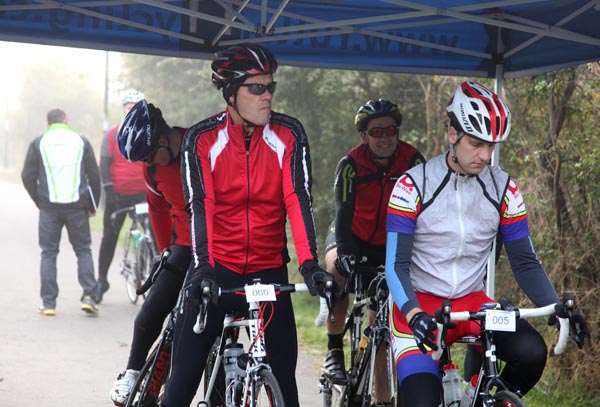 The last rider was away at 9am with the majority setting off between 8 and 8.30am. Although the first few miles were chilly, the fog was typical of early morning high pressure conditions and by 9 or 9:30 was beginning to burn off, letting what would eventually become warm sunshine through. The winds were low, from the North and North East, so that what little wind there was helped tired legs on the homeward route.

On the day and since we have had very good feedback about the signage on the route and many thanks are owed to the signing team led by Richard Wales assisted by Andrew Kluth, Wayne, Alec and Adrian Taverna who erected more than 200 direction signs and then had to take them down again. This needed at least 15 hours of effort over Saturday and Sunday to make sure that everyone knew where they were going. No one, so we understand, got lost - or if they did they were soon back on track and made it back to St Neots.

We also got many plaudits for our Feed Station at Southwick, and thanks to Mark Colmer for arranging the location and persuading so many members and members' partners to bake the array of cakes, brownies, flapjacks, muffins and sausage rolls that delighted hungry riders.

Steve Blows driving the broom wagon, thankfully, was not too much in demand other than to sort one puncture and get the rider back on the road.

We had one tandem on the day from Ely Cycling Club, with husband and wife Colin and Celia Whitechurch who despite a tyre problem getting back in 4½ hours. Here's a good tip - if you ever see a tandem on a flattish long distance ride get on its wheel.

There was debate amongst the timekeepers, Adrian Bloxham, Colin Mullins, Andy Holt and John Brysdon, as to when to be ready at the finish line for the first riders back. As it was, they set up again at 12 noon with the first riders arriving back about 12.30. The majority, 60%, arrived back between 1pm and 2pm. 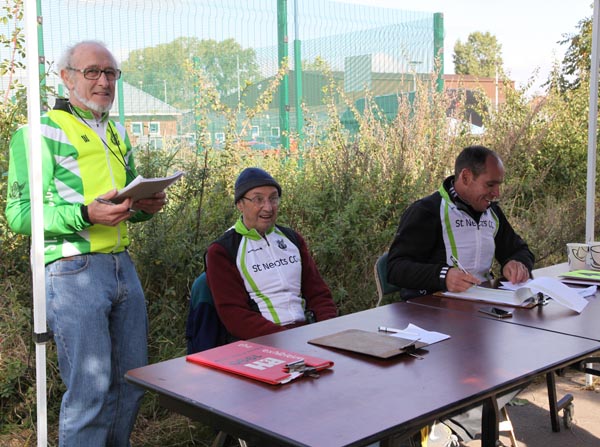 Craig Jallal, a club member, was the lanterne rouge and believes that his 7.5 hours will be a record for the route that will not be exceeded for a long time!  Craig was on his first Sportive and decided that he would take every bike tool and appliance that he owned, and so his bag must have weighed at least 20lbs - that's 9kg for you youngsters. So who knows what time he could have done without the bag.

Back at One Leisure a few weary legs took advantage of the free massages, and others enjoyed their eggs and beans on toast in the café, by now in glorious sunshine with not a trace of the early morning fog. Many stories were exchanged about the adventures that people had had en-route and it was also very pleasing to hear the positive comments about the Club Ambassadors who rode the route to offer help and encouragement where required. Guy Whitlock at 19, the youngest in the Sportive could not stop praising Steve Rodley for getting him through the miles when all he wanted to do was collapse in the Broom Wagon.

There were a few 'local' riders, not current members of the club, who were talking about joining us on a Club Run on a Sunday morning and, of course, you are all very welcome and we look forward to seeing you on the road soon. Incidentally, since Sunday one person has joined the Club who was on the Sportive. Welcome to Richard Preston.

We would like to thank the following for all their help and support on the day:

There were too many club members who helped to thank them all by name: if you contributed to the success of the day, thank you very much.

Once again many thanks to all who participated or helped and have a good winter’s riding and keep getting the miles in.

"Big well done to all who made this event possible.The organisation,route signing,feed station and general ambience is definitely up there with the big names in sportives and is a tribute to the club and its members. First date in the diary for next year if its a repeat."

"Quick "Hello and thanks" from a happy punter - that was my first Sportive yesterday.
Really well organised, friendly, well catered for, well sign-posted and marshalled. I enjoyed it immensely
Thanks for all the hard work on the day and leading up to it."

"Yep, a great day out and very well run. Congratulations to all at st neots cc and volunteers, top job and I even got an extra 7 mile for free "

"Just wanted to add my name to the plaudits you've received on your sportive yesterday. A fantastic event, and by far the best club organised event I've done, ranking equal to the Essex Roads events and beating some 'professionally' organised events this year. Well done St. Neots! (Next time could you organise it to be a bit warmer early in the morning please?)"

"Just wanted to say what a great event this Sundays Autumn Breeze was.  Your volunters were extrememly friendly and helpful, as were the club members I spoke to beforehand. Quite rare in the usual cliquey clubs I've ridden with in the past.
The route was spot on and well signposted. I did hear a few of the organisers talking about using timing chips next year, whilst these are helpful in getting an accurate time/splits I think tney wouldn't add much value to the event.  They are usually more of a hindrance, in my exerience.
I think you got everything just about right - good email communication beforehand, simple registration and then just ride!
A big bonus was the meal ticket included in the entry fee, I appreciated that more than any event tshirt, goody bag or mug I've received in the past! Please keep that for 2013!!!
A good, honest event." 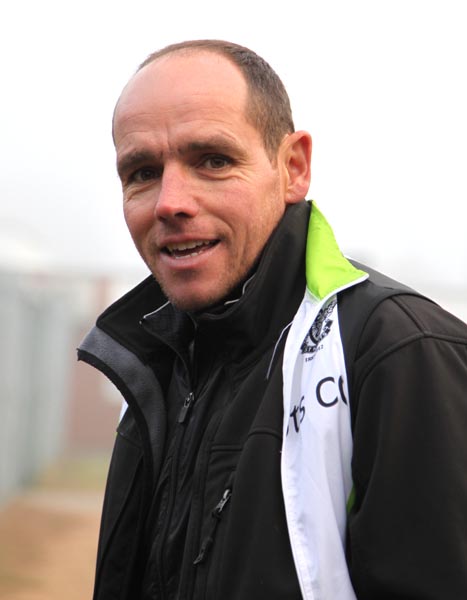 Thanks to all who entered and rode the St Neots Cycling Club 2012 Sportive - Autumn Breeze.

You can find your results below in alphabetical order of surname and in order of time to complete. Congratulations to everyone.

All Results in alphabetical order

Results in order of time to complete