We are fortunate to have these two posters from 1898 courtesy of George Lendrum whose grandfather , P C Tomson , was the printer who owned the St Neots Advertiser and the building that is now Neros. George’s mother is alive and at 99 was able to supply background on some of the names on these and other posters.

Note how elegant this poster is and how much pride the Club took in presenting the event. The President was G. F Rowley and he was a farmer with a substantial acreage – see below a picture of him with his staff celebrating the coronation of Edward V11 in August 1902. 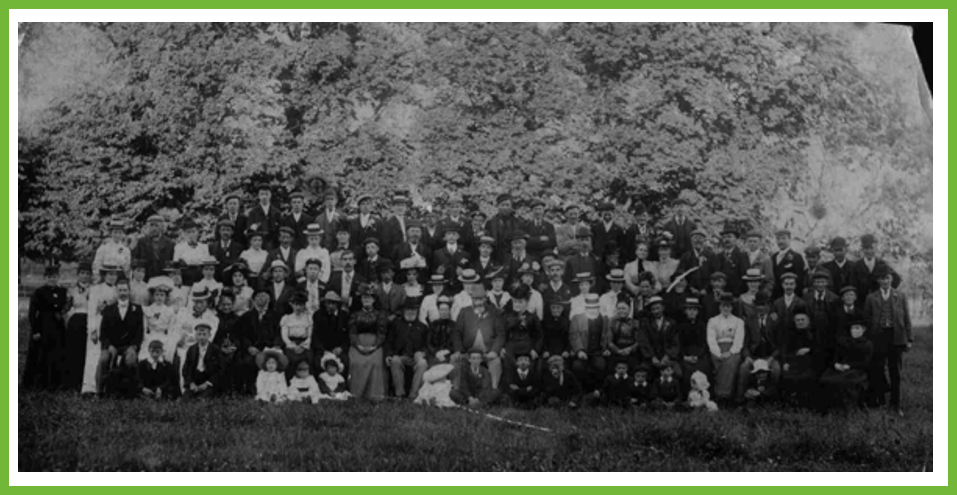 Humour clearly played a part in their cycling lives with the Secretary calling himself a novice for the “Half Mile for Novices” and we have yet to have a definitive answer to what “Cutting the Turk’s Head involved. It was an oval track – see picture – and might have had something to do with crossing over at some point on the circuit. If anyone has an answer then please drop a line to the Club with the explanation. 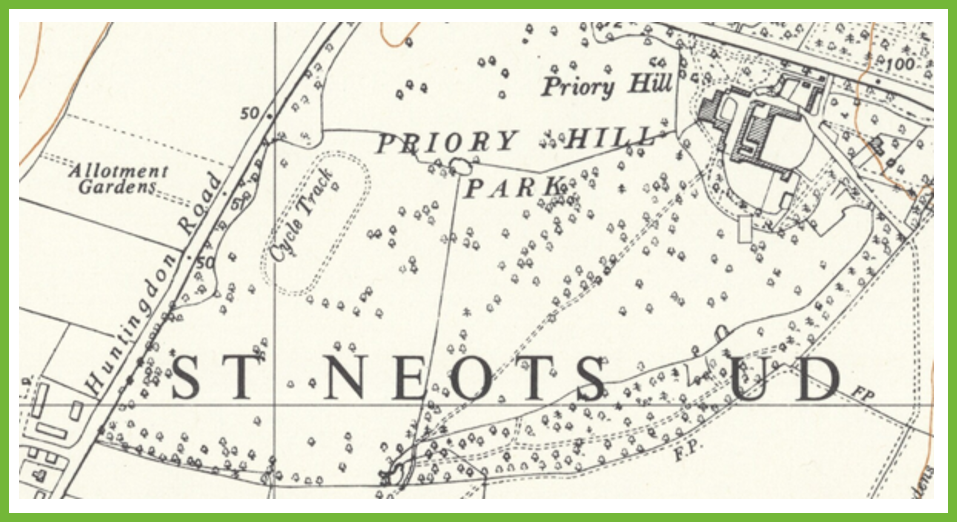 We are not sure that “The Ladies’ Parasol Race” would be popular today , however it must have been quite a spectacle back in 1898.

Alfred Jordan is mentioned as the “Judge” He was the Jordan of Jordan and Addington ltd of St Neots who were millers and owned and lived at the Priory and was the uncle of George’s mother.

Nothing changes in that members still need to be reminded to pay their annual subs !!

The poster provides a fascinating insight into the history of our Club. If anyone has additional information on the people mentioned then we would be very pleased to hear from you. 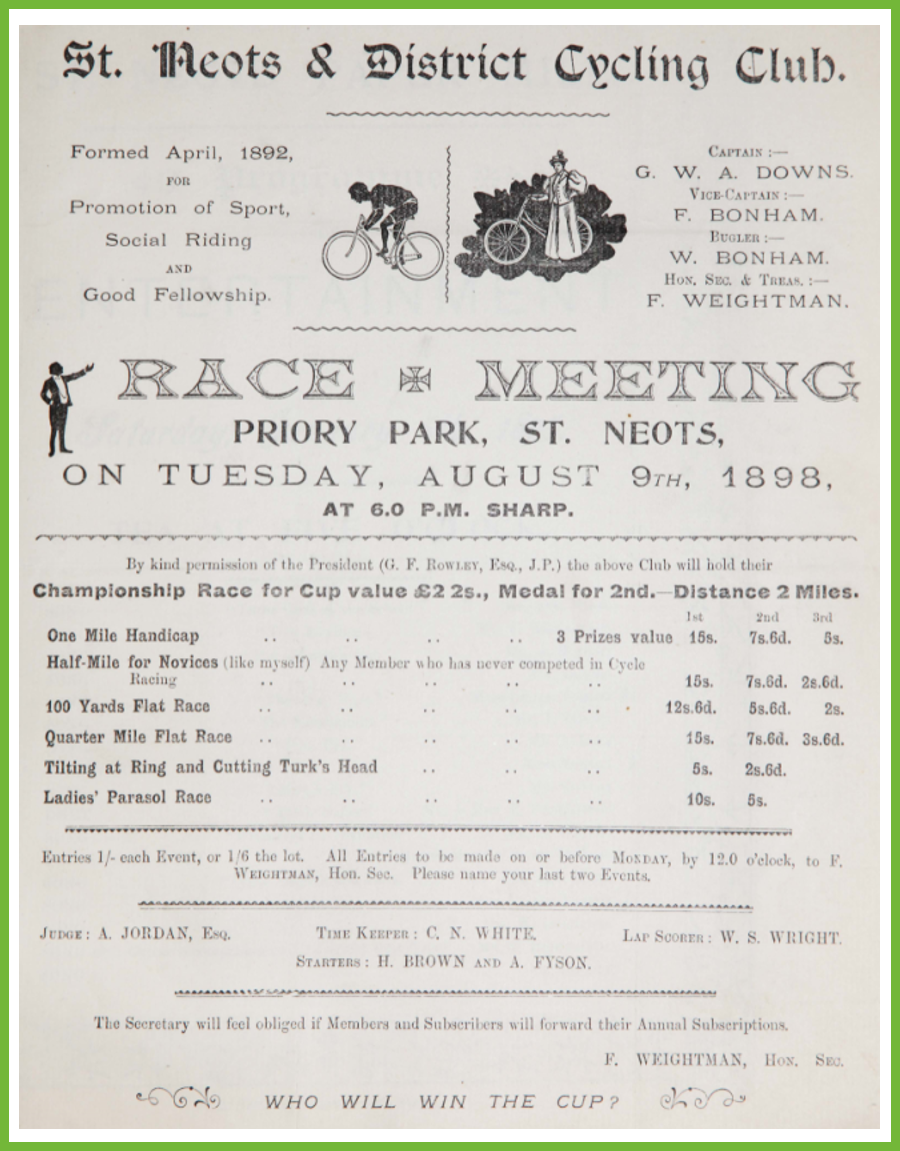 Another insight into our history and the precursor of our AGM’s and more lately the “Big Night Out”. The governance of the Club was just as important then as it is now. The venue is still in place in St Neots and clearly it doubled as the HQ with perhaps runs leaving and starting from the “New Inn”.

They had a dance and we have had discos. They must have raised money during the winter months by holding a concert and the name Rowley appears again in connection with the track at Priory Park.

We are not sure what “BASS.” refers to half way down the poster and any information would be welcome.

Clearly , as now , the Club never stops recruiting new members and have a look at the reasons suggested for joining. 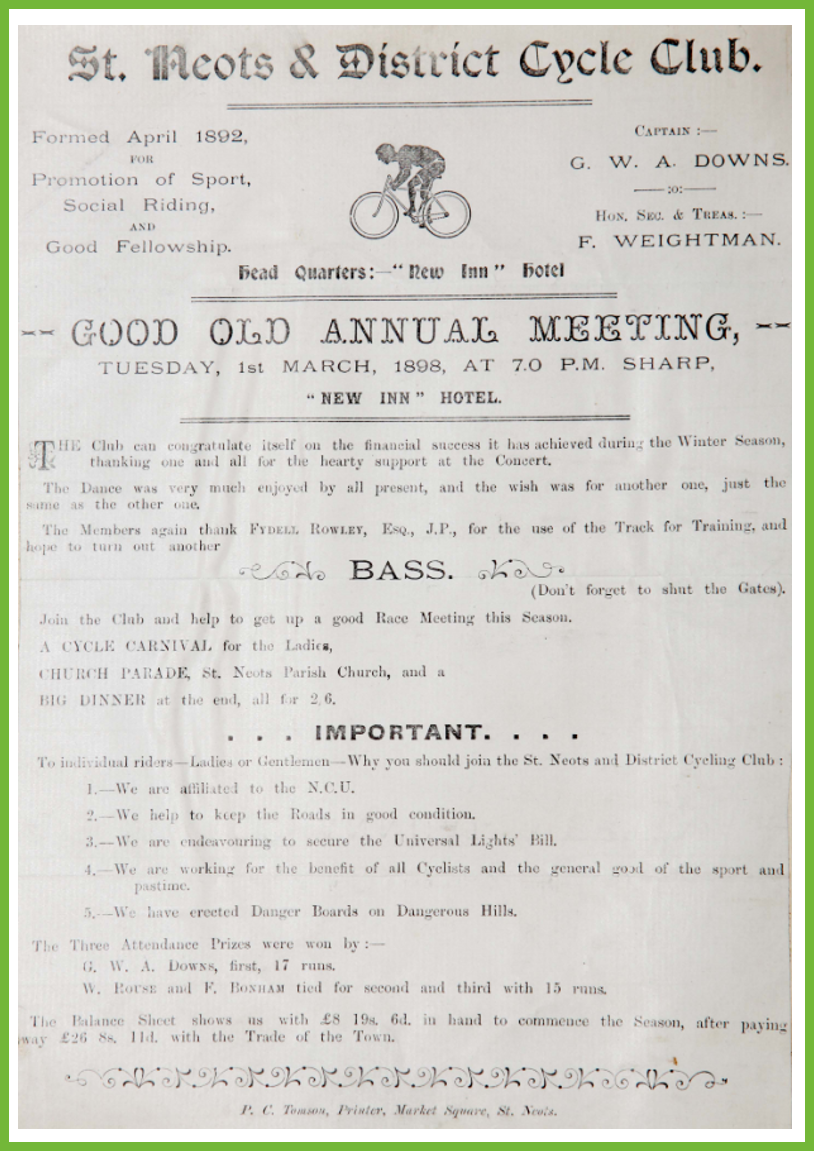