This year’s SNCC Sportive saw over 150 riders take to the quiet, scenic backroads of Bedfordshire and Cambridgeshire over 3 different routes (100 miles, 100 km and 30 miles) in the glorious October sunshine.  Thankfully, there were no incidents or accidents and everyone came back smiling, with many having achieved specific goals, such as their first Sportive or first 100-miler – well done to all.

That said, we were well prepared for issues, with local bike shop, Broken Spoke, at the start to provide last minute tweaks to bikes, our Ride Angels sweeping the route to assist tailenders and a broom wagon to help in the event of complete mechanical or human breakdown.  Thankfully, these services weren’t required, but it’s good to know they were there.

Our legendary feed stations were well stocked, as always, to provide the necessary nutritional boosts on route.  One rider joked that ours is the only Sportive where there’s a risk of finishing the ride heavier than you started! 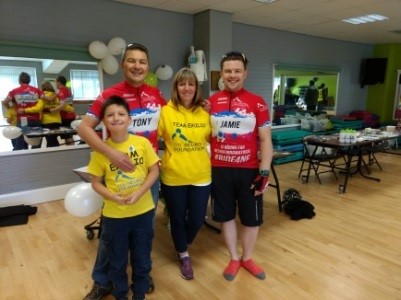 This year, we were pleased to be supporting two great charities, the Neurofoundation and the Anthony Nolan trust, donating £500 to both from the proceeds.

Of course, an event like this doesn’t just “happen” and a number of club members and their partners put a huge amount of effort into making the event the success it was.  I’m not going to attempt to name them all, but a massive THANK YOU to all who: planned the routes; did the risk assessments; promoted the event; produced the posters; put the signs up (and took them down); manned HQ; donated food and/or manned the feed stations; kept everyone informed; and, most importantly of all, attended the event with a big happy smile.  The great feedback (at the bottom of the page) suggests we got a lot of things right.

We’ll be back again at the same time next year, so hope to see you then.  If you fancy a similar event to kick start your 2019 cycling season, SNCC and Titan Motorsport will be hosting their annual Reliability Ride on 24 February 2019 – same great organisation and awesome feed stations.

Until next time, we wish you an enjoyable and safe winter’s riding. 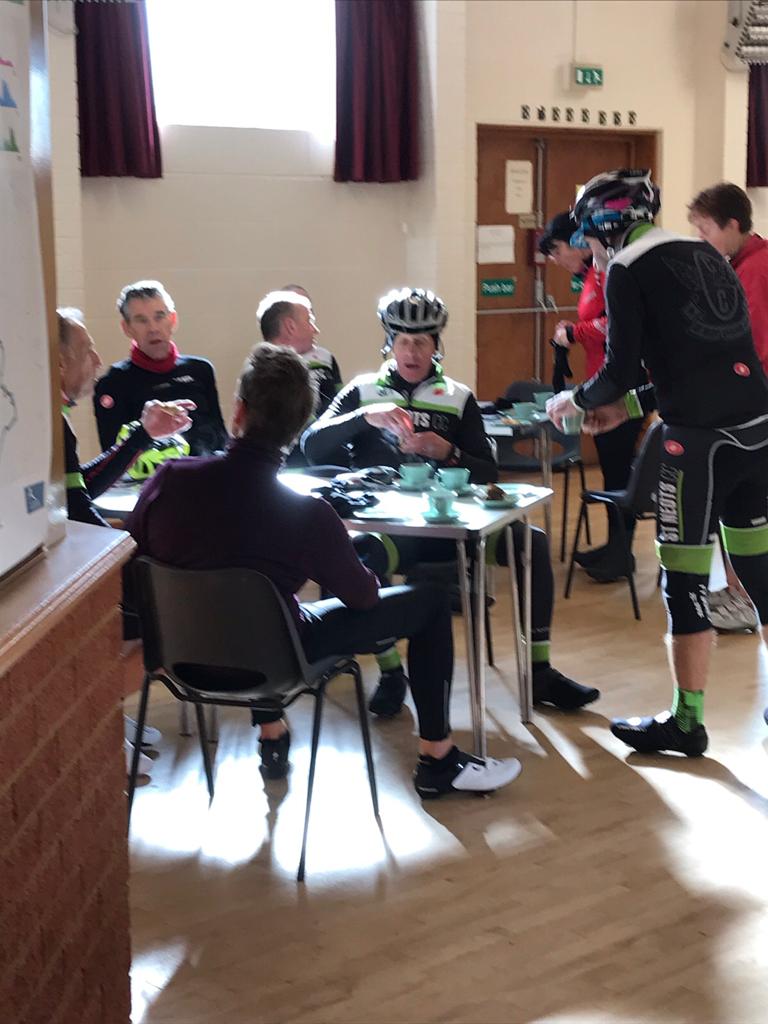 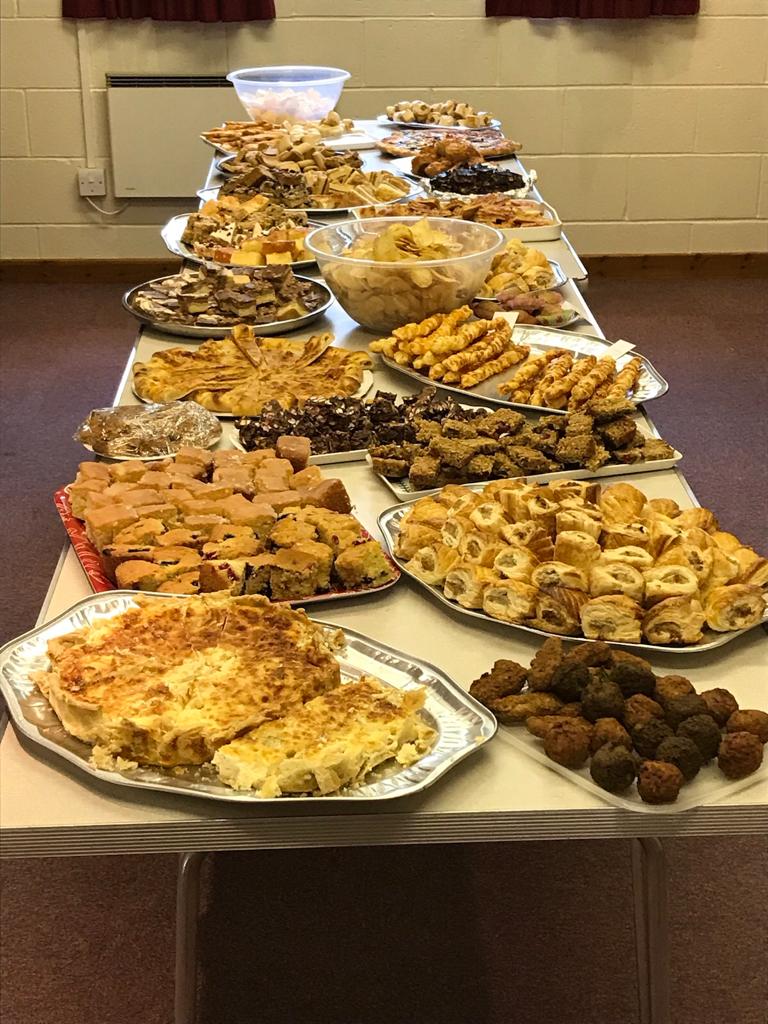 Cunningly placed towards the end of the cycling season to give a final challenge before the winter bike comes into play, the SNCC Sportive is back for another year.

This year’s Sportive offers options of 100 mile, 100 km and 30 mile routes – so there’s something for riders of all abilities.  The SNCC Sportives are famed for their well-stocked feed stations, with a mixture of sweet and savoury treats to keep the hungry cyclist going.  This year, we have 2 feed stations, at Catworth Football Club and Wilden Village Hall.

Registration, at St Neots One Leisure, will commence at 7:30 am with the first riders away at 8:00 am.

The routes will be fully signed with support on the road from St Neots Cycling Club’s “Ride Angels” to assist those in need.

If anyone is unfortunate enough to break down completely, a broom wagon will be in operation to ferry bikes and riders to the finish.

This year’s Sportive will be supporting two charities close to Club members’ hearts, The Neuro Foundation and the Anthony Nolan Trust – further details below.

We look forward to seeing you there.

The first is the Anthony Nolan Trust, a cancer charity.

Mark Colmer – who organises the Sunday morning club runs, spinning classes and numerous other Club activities – is well known to most Club members.

In April 2017, a close friend of Mark’s and St Neots resident, who we shall call “D”, was diagnosed with Leukemia Acute myeloid leukaemia (AML). D spent 7 weeks in Addenbrookes undergoing chemotherapy which sent the cancer into remission. This was followed by 2 more 6-week courses of chemo to keep her in remission while a donor was sought.

After 14 weeks, a donor was found in Brasil. D was then admitted for a bone marrow transplant in August 2017 and is thankfully now in remission with good prospects for a full recovery – so this is very much a good news story.

The Anthony Nolan trust was central to D’s treatment and we’d like to recognise their great work by making them a beneficiary from the Sportive. D's husband and son plan to ride and D and her daughter will hopefully be lending a hand at one of the feed stations. 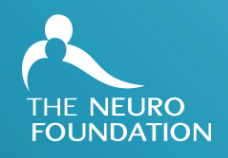 The second beneficiary from this year’s Sportive will be the Neuro Foundation, who support those who suffer from Neurofibromatosis, NF1 for short, a genetic condition which affects mainly the nervous system and skin.

You may have come across local fundraising efforts for The Neuro Foundation under the name Team Emilio – for example the charity bikeathon in the Market Square run by Tony Chin and his wife, Fearn, in April this year.

Emilio is a 9-year old boy in the same class as Tony and Fearn’s son at school. He is a happy, brave little boy who faces everyday life with a smile on his face, despite suffering most of his short life from NF1, and who has inspired friends and family to do whatever they can to help him. 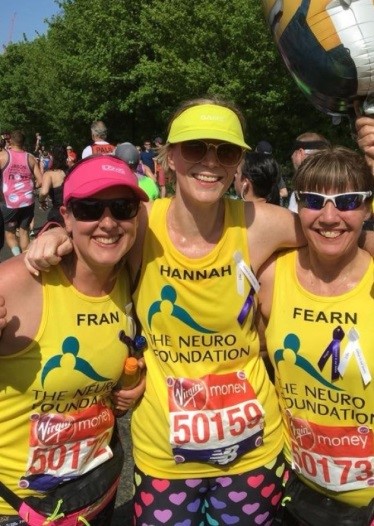 To raise awareness, and funds, for The Neurfoundation,18 members of Team Emilio, including Fearn, ran the London Marathon in 2017. Like many Club members, I’m a terrible runner: one of the reasons I choose to cycle is to avoid the pain and misery brought on by jogging. So imagine running a marathon when you’re not a natural runner – this was exactly the situation Fearn found herself in, but she came through her ordeal smiling in the knowledge that she was helping brave Emilio, and that her suffering was of her own choosing!

Having climbed their mountain in 2017, Fearn and the team decided to repeat the feat, and endure the suffering, again this year in what turned out to be the hottest London marathon on record. So chapeau, Fearn, we at SNCC salute you and would also like to do what we can to help The Neuro Foundation and young Emilio.

For some, the Sportive is a bit of a busman’s holiday – paying £20 to ride similar routes to those that they normally ride on the Sunday Club runs with a similar bunch of people – although the legendary feed stations make a welcome change. This year, I hope you’ll willingly participate – and perhaps even bring a few mates along – in the knowledge that you’re helping these two great causes.

12
#17 Antonia 2018-10-16 15:58
My first 100 miler - a great experience. Thank you SNCC for welcoming us and running such an excellent event. Good route, easy to follow, on nice cycling roads, fabulous feed stations with lovely friendly helpers.
Shame the 100 mile route split off so early - would have been nice to ride with friends on the shorter routes for longer. Route signs were plentiful but couldn't always make out the direction until the turn - arrow head could be bigger. Nice to have two stops but they were quite close together in the middle of the route - the last 40km felt a long way to the end.
Overall, excellent value for money and would certainly enter another time and recommend to friends. Thank you again.
Quote
#16 Julian Blackwell 2018-10-14 15:31
Did the 100k,
Great route,
Well organised,
Good signposting,
Amazing halfway food stop run by the ladies,
Friendly St Neots Cycling club members enroute,
Very good value price wise,
Lovely post food lunch,
Excellent location,
Would recommend to anyone.

Would have be nice if we had got a finishers medal but understand that adds cost to the entry price. It's just i like a bit of bling. ☺
Quote
#15 Adrian B 2018-10-14 14:14
Fun event, thank you. Nice & friendly vibe; *very* well signed route and great feed station. From Cambridge, I don't often ride west of the A1, so good to find some new roads there. One small route niggle - the section from Dunton to Croydon hill is not a very pleasant road and we had to single out much of the way (unlike most of the rest of the route, which was very scenic). From Potton you could do the same distance by going direct to Wrestlingworth, then the Mordens, Shingay, Wendy, back up to B1042 on Mill Lane. This would be much quieter and a bit safer.
Quote
#14 Jon Carter 2018-10-13 10:24
Very fast course with good signage.

Food stop was fantastic - wish I could have eaten more.