The 11.2 mile Abbotsley course was once again host to the 18 week Time Trial season for St Neots Cycle Club (SNCC). As always the course was challenging and demanding and subject of course to many changing weather conditions either for or against the Time Trialists.

We opened the season on 28th April with the last TT on Thursday 25th August.

It is important to acknowledge the contribution of a few dedicated folk who make the TT happen week in and week out.

First our dedicated timekeepers , who whatever the weather are setting up the warning signage on the course , encouraging and cajoling the riders , making sure we start on time , pushing us off and keeping and maintaining  immaculate time and session records. In addition, of course, they are the only ones who fully understand the Handicap System !!!

John Brysden  and Brian Morley have been members of the club for 40  years and both have a raft of great stories and anecdotes about their own cycling history and that of SNCC. On behalf of the TT riders many thanks for all your help and encouragement.

Then we come to Mr “Fixed Wheel” Gosling (although interesting that on the final night the good bike was on show to set a PB for the season !!) who is our contact with the media and updates the SNCC site with the results. We have had all of this season’s results published in the St Neots Town Crier and we know that Chris’s “editorial genius” has also helped increase the Club’s membership and general awareness of its existence through his efforts. Thanks Chris.

This has been an interesting season : - 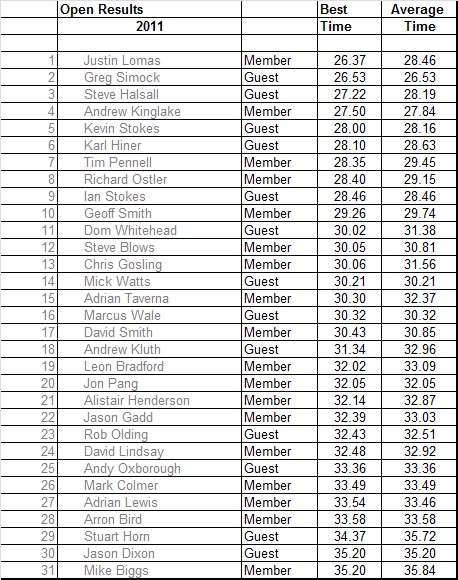 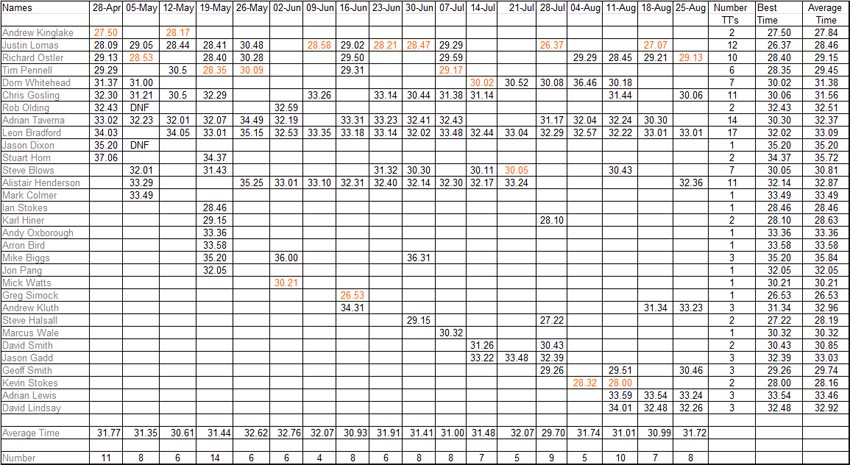