On a glorious evening 30 riders prepared to take on the Abbotsley TT challenge. However, unfortunately, Andrew Kluth managed to puncture during the warm-up, and was not able to start and so we had 29 riders with the wind behind them up to the first turn and then, as usual, the wind does not do anyone any favours for a few miles.

Some excellent times were posted on the evening, especially from our visitors who took 2nd to 5th places. Nevertheless, St Neots Cycling Club member, Ian Turner, turned in an excellent time of 25.26 to keep ahead of an old friend of the Club, Ian Cammish who was second. 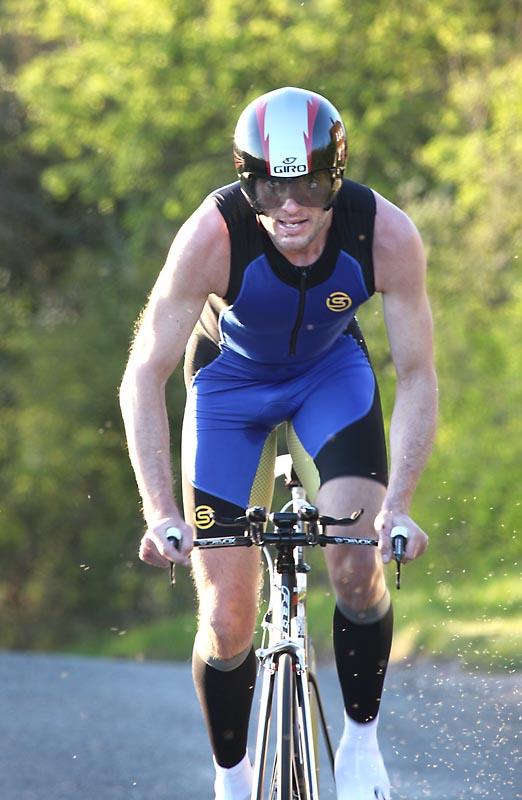 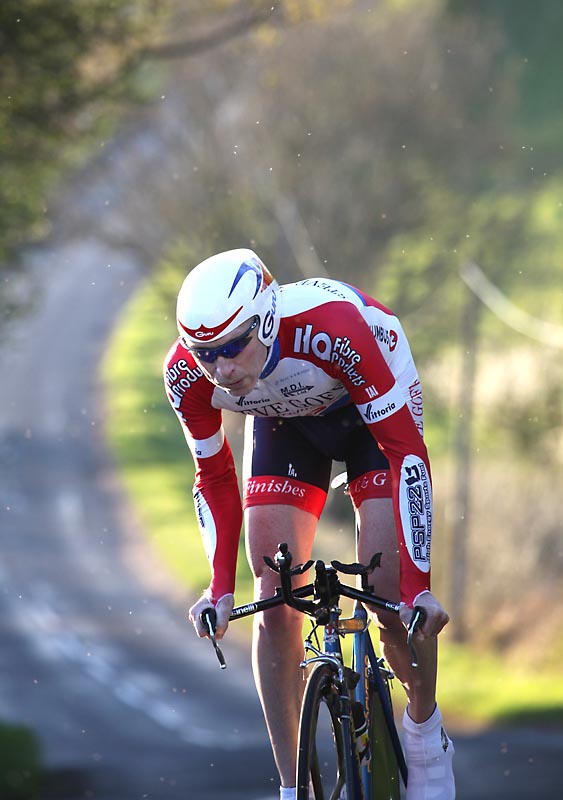 Well done to those on their first TT, Lewis Rooney, Trevor Porter, Simon Richardson, and Andy Holt who was lantern rouge on the night.

As in 2012, we expect this to be a closely contested season, with the usual ebb and flow of results leaving it doubtful until the end who will be the eventual winner of the Handicap Trophy .

After two weeks the running is being made by Jon Keefe and Dan Baxter who have both improved on their previous times from last year and also from the first week to keep at the top of the table. Adrian Taverna and Jonathan Pang are on their wheels and Gareth Smith in his first season is showing some good form to keep in contention with the leaders. The more that you improve on your time the smaller your handicap. For example, Jon’s time last week was 36.28 giving him a handicap of 11.28 - so we deduct 11.28 from this week’s time of 35.08, leaving him with a handicap time of 23.40. Until he improves on 35.08 his handicap is now 10.08 and it is this time that will be deducted from his actual time on the night. 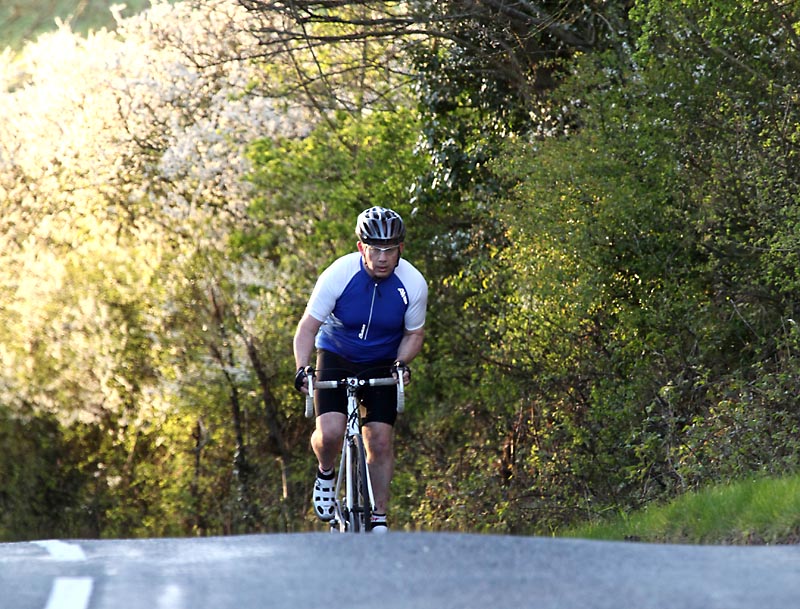 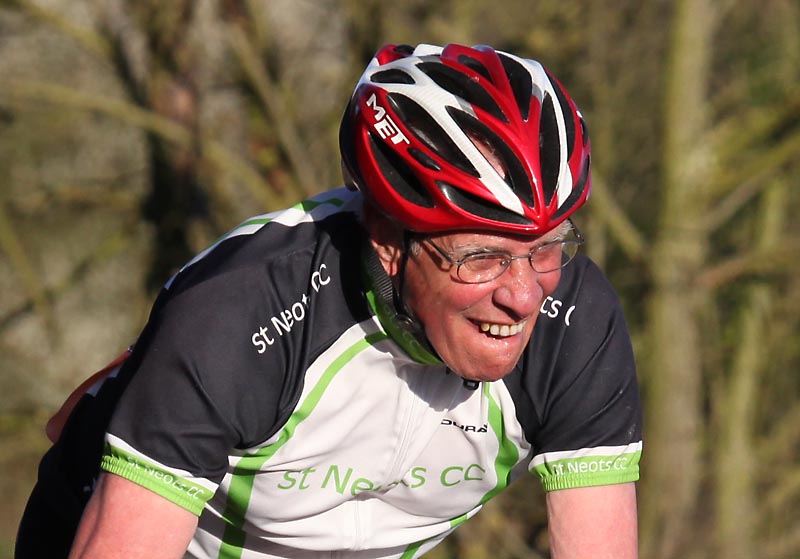 There were 19 points on offer this week, as we do not award points to guests or those on their first TT. Your handicap is taken from your actual time and the rider with the best resulting handicap time takes the 19 points and so on down to 1. If two handicap times are the same then the points are split for those 2 places (eg 8 points and 7 points = 15/2 = 7.5 points each, hence the half points that are shown on the table).

Report by Alistair; photos by Alec

Some great times there, but particularly impressed by Gareth, Chris P and Trevor

Alec, are you going to host the other pictures?

I would just like to go on record that despite what has been suggested Dan and myself did not complete the course on a tandem.

Are you sure, I think there was some strange last minute changes to rider numbers after you arrived ...

Thanks to the timekeepers as ever as without them we wouldn't be able to do this (and if we could it would be blessed difficult).

Also thanks Alec for being out and about with the camera, hopefully my ugly mug didn't crack a lens!
Quote
#1 Chris 2013-05-03 15:11
I would just like to go on record that despite what has been suggested Dan and myself did not complete the course on a tandem.
Quote
Refresh comments list
RSS feed for comments to this post
Add comment
JComments