Goodsall, Hancock triumph at the Ashman

Superb weather greeted the 21 riders ready to test themselves for the Ashman Trophy over 2 circuits of the Abbotsley course, and given the heat, many were thinking about how to pace themselves over the 22.4 mile circuit.

To have a chance of winning you needed to ride at least to your handicap (twice the single circuit handicap) or better this. With a standard of 50 minutes the winning handicap time would be around the 50 minutes or sub 50 minutes for those able to beat their handicap on the day.

Although 21 signed on, only 17, for various reasons, finished the 2 laps. George Lendrum punctured in the warm up, Darren Preston came off on his second circuit at the Y junction turn to the golf course suffering cuts and bruises to his right side, and Steve Seeby decided that one lap was enough as did Wayne Tunnah.

The Ashman Trophy has been fought for in the Club since 1938 and although a bit battered and scarred it has been competed for on a regular basis since then, including all through the Second World War. 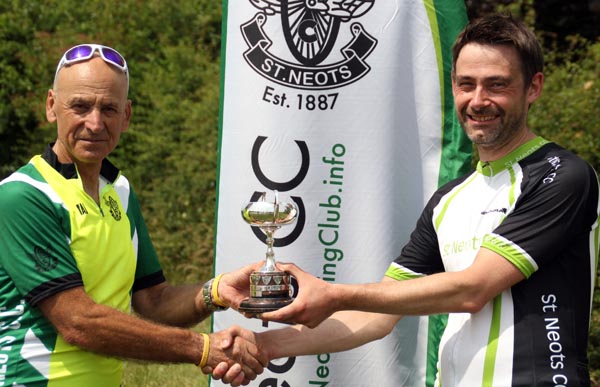 Many congratulations to Chris Goodsall, in his first season with the club, for taking the trophy in it’s 75th Anniversary Year.  Chris’s victory was secured with a PB on his first lap allowing him to take the trophy with a Handicap Time of 50.06. Second place went to Tom Stead with a 51.04 and third place to Richard Hancock with a 51.08 handicap time.

It is always interesting to look at the difference in the times between Lap 1 and Lap 2  (see Table 2) given that on the second lap the riders have a “flying start” and find out which was the quicker lap. 4 riders were quicker on their second lap today.

A very good effort by all riders today for taking part in a format that many are not used to and for coping with the weather (makes a change to be mentioning good instead of poor weather). 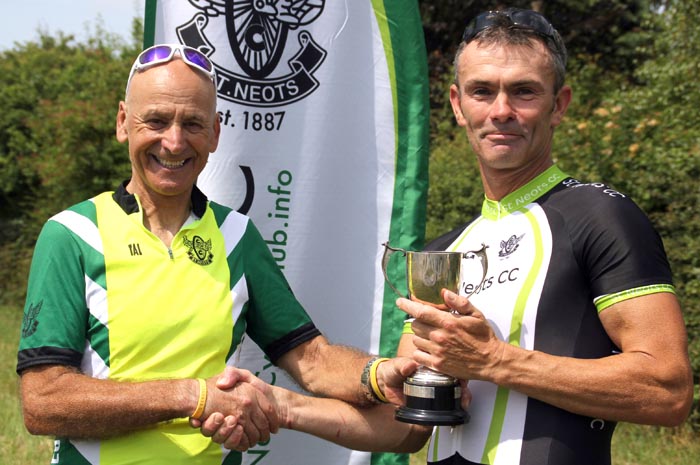 This year the Club decided to offer a Trophy for the fastest time on the day and this was a closely contested between the old warrior Richard Hancock and the 16 year old Tom Stead. As you will see from the split times Tom edged the first lap by 4 seconds. However Richard powered through to take the second lap by 22 seconds and win by 18 seconds. Chris Ritchie was in 3rd place with an excellent 54.34. These are the three fastest times over the past 10 years for this event and this trio recently represented GB at the European Sprint Triathlon. Well done for some great times and Richard’s average of 26 mph over an undulating, sporting course.

Also well done to Joe and Mick for being sub 30 minutes on both laps and Keith Ritchie knows what he has to do now to catch to catch his son Chris at next years event. 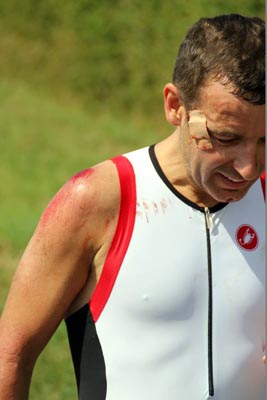 At the moment, the contest for this Trophy still looks like it will be between Jon and Adrian with only one point separating them today leaving Jon with a lead of 21.50 points.

However with 7 TTs left for this season there are still plenty of points available for the chasing peleton.

could the handicap points totals be checked as I make it some have had too many added to their score whilst at least one (me!) have disappeared from the table altogether.