A 22.4 mile TT in the first week of December was only going to attract the most dedicated of riders and so it was that the Magnificent Seven duly turned up to contest the delayed 2014 Ashman Handicap Trophy and Ashman Fastest Time Trophy. 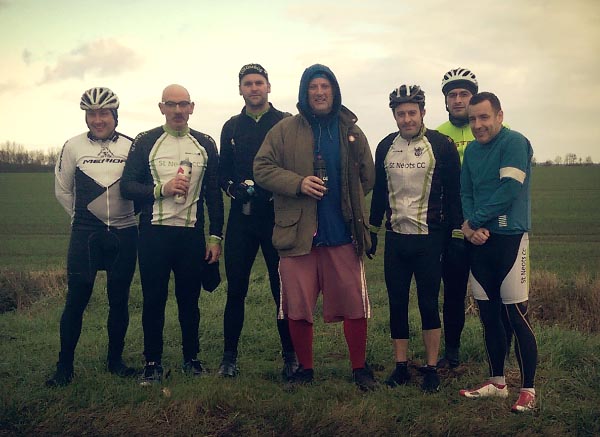 The Magnificent (and rather cold) Seven

Conditions were cold and damp but thankfully there was no overnight frost leaving the roads in reasonable condition.

This was a tough course especially into the wind for a few miles and there was climbing.

Darren Preston arrived for the sign on and realised that he had left his cycling shoes at home. He managed to get home and back in time for the start at 10am. However his bad luck continued with a puncture at the furthest point from the start on the second lap. Richard Hancock was on hand with his “broom wagon” to collect Darren and deposit him back at the start.

During the first lap the heavens decided to open and the rain came down to add to the cold for the rider. However this did not deter our Magnificent Seven who all pushed on through the start for the second lap. The conditions took their toll on legs on the second lap with no rider bettering their first lap. 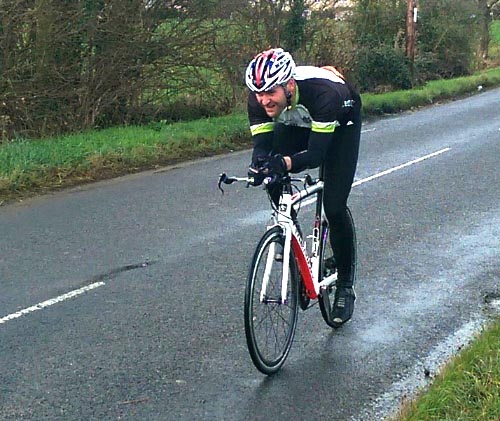 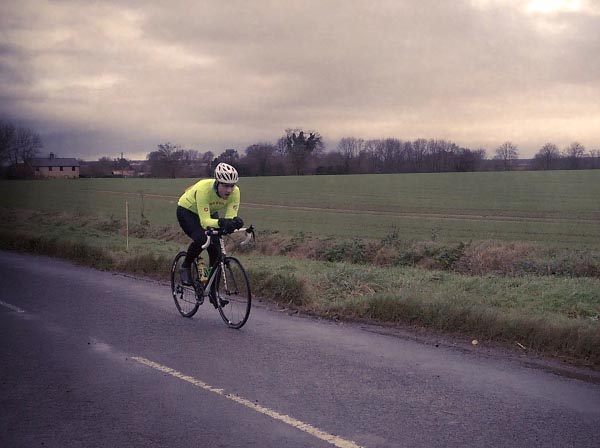 The Handicap Trophy was won by Simon Richardson by the small margin of 10 seconds followed by Adrian Taverna with David Wilson claiming third spot. The handicaps were based on double the rider’s handicap from the Abbotsley course. 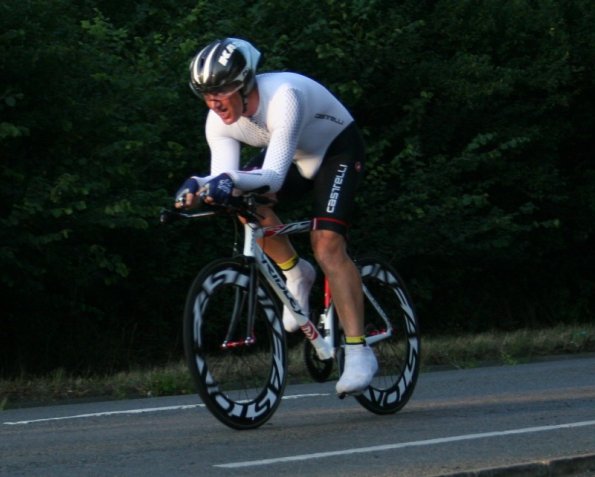 The Fastest Ashman Time trophy was won by Adrian Taverna, with Simon in second place and Christian Tregidgo in third spot.

Congratulations and well done to Simon and Adrian for their respective wins. 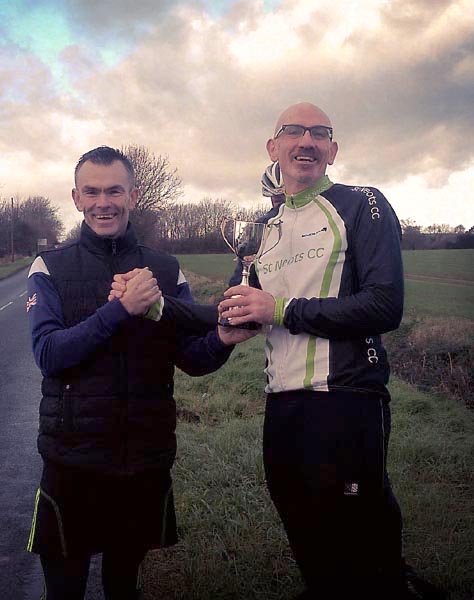 Our particular thanks to Richard Broad, Ian Burroughs and Tom Yewbery for volunteering to marshal on the course to allow the riders to compete.

Thanks also to Mandy McEvoy and John Brysdon (who came out of retirement for this) for the timekeeping. 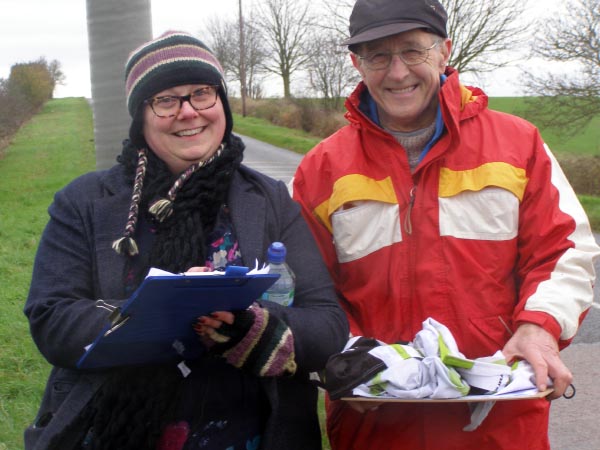 Further thanks to Simon Richardson for sourcing the alternative course and for obtaining police agreement to allow us to use the course and for measuring the 22.4 mile course.

once again, many thanks to everyone who helped with signage, timekeeping & marshalling - at least those of us silly enough to be riding had some degree of self-interest in being out in that weather on a Sunday morning.

Like a Vietnam-Vet with a thousand yard stare, if anyone asks how it was we can tell them "you won't understand man, you weren't there"

in no time it'll be the new season back on home turf; hopefully see as many of you as possible there

Quote
#1 geoffrey smith 2014-12-08 16:19
Fantastic result Bravo to you all who made it a success ... Geoff
Quote
Refresh comments list
RSS feed for comments to this post
Add comment
JComments