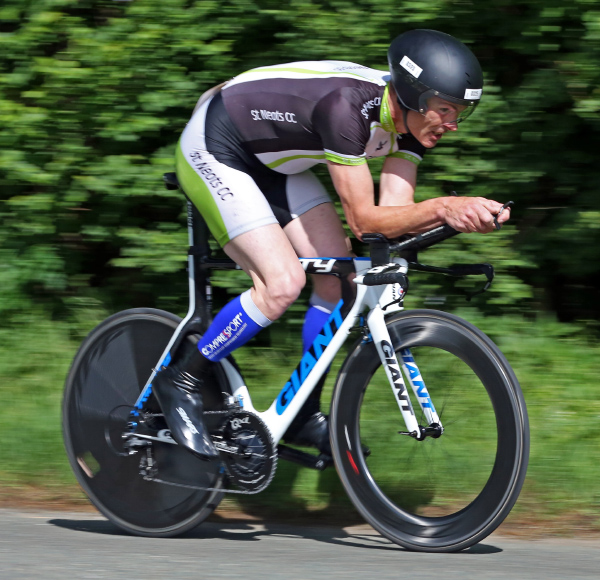 2015 has been a busy race year for me so far, and one I started with two main goals in mind, the European Duathlon Championships in Madrid Spain, and the UCI time trial race in Peterborough where many other St.Neots CC members competed in both the time trial and Sunday's Gran Fondo with great success.

I came 4th in Madrid (again!) just missing out on the podium by 7 seconds, and as already documented by fellow clubmate Nic Pillinger the weather was not good and for me in particular it pegged back my bike advantage favouring the stronger runners - but still a great race and I've pre-qualified  for next year's champs in Germany as I finished in the top three Brits home, so I'm looking forward to that on what should be a better bike course for me.

Just before the UCI time trial I raced in the VTTA national 10 mile championships in Yorkshire on the renowned V718 course and for the first time ever I broke 20 minutes for 10 miles with a pb of 19.58 at an avg speed of just over 30mph.

To say I was over the moon with this would be an understatement, although sub 20s are more common nowadays when I started out nearly 20 years ago. 19s were Big News then!! and I never thought I would see that time next to my name. It also beat my PB set in the year 2000 some 15 years ago, showing you can always improve so long as you don't mind your knees nearly exploding and your eyeballs spinning in their sockets!! ha ha.

Next up was the UCI TT race and after dropping the running to focus on the bike, my bike strength started to climb back up nicely. Armed with our new St Neots CC bioracer skinsuits we at least looked the part! I was ready for this and had secretly set my sights on a top 3 placing and qualification for the World TT champs in Denmark but knew it would not be easy. After putting in a lot of recce work on the course I was ready and rolled down the ramp, the ride was good but not the best I'd felt but it was enough for 3rd place out of the 90 or so in my age group and it felt very good to stand on the podium after just missing out in Madrid.

After that it was back to weekly time trials and one in particular that went very well was the 50 mile TT I'd entered on the A14/A11 course. Now I'm not sure how many time trials I've done in my life and I don't care to remember, but I must have raced in every single condition out there and red letter days are few and far between and this was one of them and I don't mind admitting it.

I started out and almost straight away was on 30mph but was not pushing relatively hard so I stayed around there thinking I'd lose time on the way back or on the fiddly 5 mile section they've added to make up the course. The first 20 miles flew by and even on the rough section I still held good speed. Rejoining the carriageway for the 20 miles or so return leg I still felt great and had paced it very well and still felt strong. Normally at this point the wind that helped you to the turn hammers into you and robs your average but not today :) and I was soon back up in the high 20s, low 30s.

At this point I started to do the maths and thought this is going to be a huge PB! and it was by 10 minutes. I finished in 1hr 44.45 with an average speed of 28.63 mph for 50 miles - what a day, and despite the rain I was buzzing! However having the right day is one thing, having the fitness and pacing to take advantage of it is quite another.

I'm really enjoying the racing this year just riding the bike is good fun and I'm sure that's why I'm going well, we all love bikes after all and if you can reconnect with that feeling you'll always go well. For the rest of the year I'm just going to keep plugging away enjoying the TTs and doing my best as I always try to do in every race. I am proud to represent St Neots CC as I have done for close on 20 years since Brian and Bob first pushed me off in the 90s!