Broad and Pillinger take the honours...

The Ashman Trophy dates back to 1938 and is now awarded to the rider with the best handicap time following two laps of the 11.2 mile Abbotsley TT course . The handicap time is twice your handicap time from the Thursday evening TTs. The 2015 race was held on Sunday 12th July and the weather around 7am did not augur well for a dry course to allow the riders to perform to their best.

Thankfully the rain stayed away, allowing 13 riders to contest for the Ashman Handicap and Fastest Ashman Trophy for 2015. However, much of the talk at the start line was about how much the wind would be an issue, with hardly any part of the course immune from the wind and so it was likely that PBs would be at a premium. As it turned out the predictions were correct with the conditions not making it comfortable for the riders.

Only one PB from Richard Broad who took 5 seconds from his previous time of 28:33 to record a 28:28 first lap and with a second lap of 28:50 recorded a net time of 50:12 which was sufficient to win the Ashman Handicap Trophy . 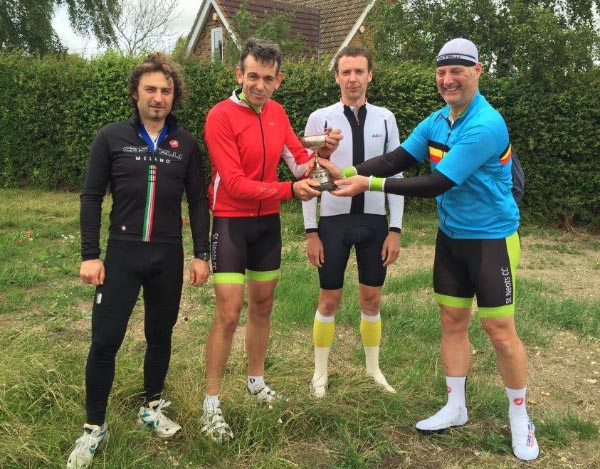 Congratulations to Richard and also well done to Nic Pillinger and Simon Rinaldo who finished second and third respectively. The split times between the laps are shown below and only Mark Greenhow was able to go faster on the second “flying start” lap improving by 1:22. Also noteworthy was the perfect pacing of George Lendrum with 32:32 for each lap!

This is the third year we have awarded this trophy to recognise the rider with the fastest time on the day and this was won by Nic Pillinger getting around the course in 53:24 followed home by the 2014 winner Adrian Taverna with Simon Rinaldo securing his second podium of the day in third. 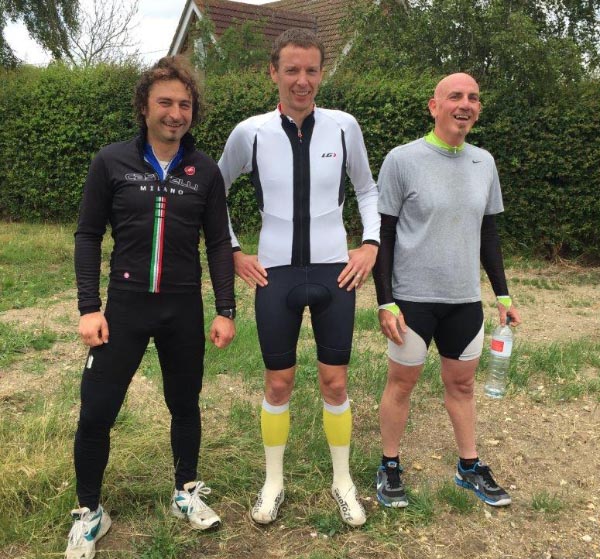 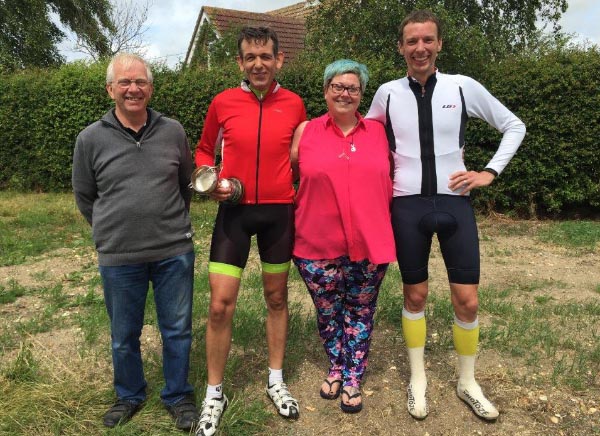 The Handicap and Fastest winners and the timekeepers