Lawrence and Pillinger take the prizes at Ashman 2016

The first club trophies of the 2016 season were contested today by 21 riders over two laps of the 11.2 mile Abbotsley circuit.

Any rider has the potential to win the Handicap Trophy first awarded by the St Neots Cycling Club in 1938 and so this has been contested for the past 78 years. To win usually requires at least a PB on the first lap or to be as close to your PB as possible and also to have a faster 2nd lap which has the advantage of a “flying start”.

There were certainly a number of contenders for this year’s trophy amongst the 21 who lined up at the start. Conditions were dry and reasonably warm however the wind was gusting over different parts of the course especially where there was no cover available.

First across the finish line after the second lap was Mick Lawrence who had started 9th and by this time had overtaken the leader, Danny, from the first lap. Danny was second across the line with Sam MacDonald (started 10th) a further 18 seconds behind.

It was likely that they would all be in contention for the Handicap Trophy and it would be down to how well they had performed against their individual handicap times.

As can be seen from the results table below it was Mick Lawrence who prevailed with a net handicap time of 51:26 followed by Sam in second place with a net 51:37 and we had three riders tied for third place – Simon Rinaldo, Neil Adams and Chris Green – who all had a net handicap time of 51:42. 16 seconds separated thefirst five riders om handicap.

Congratulations to Mick who improved by 34 seconds on his second lap and with only 3 riders doing this and with Mick’s improvement the best of the three this ensured his victory for 2016.

It is interesting that while some riders turn up to compete there are others ( Dan Baxter and Stephen Lyons) who without any shame turn up for the coffee and cake only and then like Dan decide to grab the celebrity limelight by including themselves in the group photo . He is the one that everyone is looking at (black top) as it has been pointed out that he should not be in the picture!

As mentioned above also available to be won was the rider with the fastest actual time around the 22.4 mile circuit. Looking to defend his Trophy from 2015 was Nic Pillinger and with two sub 27 minute laps of 26:32 and 26:48 and an overall time of 53:20 Nic prevailed once again in 2016 to take the Trophy. Second fastest was Simon Rinaldo with Keith Barton taking third place.

Congratulations to Nic on winning the Trophy for the second successive year. 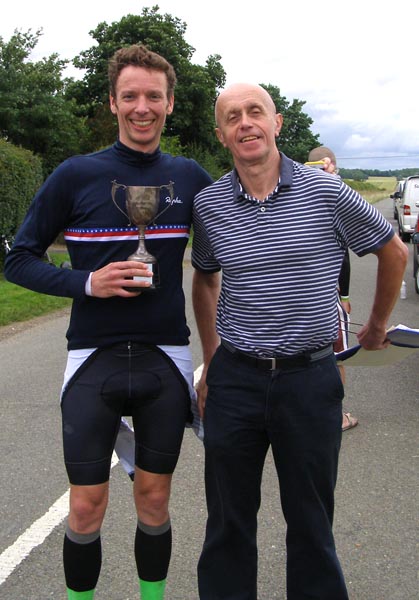 Mark Mossop clearly knows a thing or two about pacing himself delivering a 28:26 first lap and a 28:24 second lap !!

With points available towards the 2016 Handicap Trophy ( see table above for points awarded) Sam Macdonald continues to maintain his lead , however the chasing pack are not relenting in their pursuit of the Trophy and the top 7 continue to accumulate valuable points. Continuing to ride to their PBs or better plus not missing too many of the remaining TT’s will keep all these riders in contention.

Once again we need to acknowledge the great contribution made by our timekeepers – Mandy, Colin and John – who allow the rest of us to race. They willingly give up their time to push us off, take jerseys and bottles into their care, make sure everyone is signed in, allocate the numbers and then ensure that we are timed correctly. On duty today were Mandy and John and of course additional thanks to Mandy for the wonderful cakes and the tea and coffee . 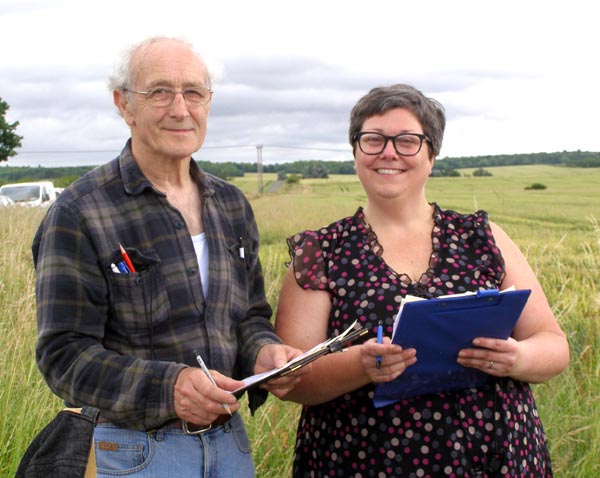