In a departure from the usual end of season events, our Chairman, Gary Adnitt, decided to mix things up a bit this year, combining the AGM and Awards Night with a number of more casual interludes to deliver a fabulous fun-packed evening, billed as the BIG NIGHT OUT.

The event was funded by the Club with all ticket proceeds donated to Sue Ryder St John's Hospice, Moggerhanger, topped up with additional charitable donations throughout the evening.

First up was the AGM, the minutes from which are available on the Club’s website.  Needless to say, there were sufficient volunteers to make up a committee and we will live to ride for another year.

Food, in the form of a hot buffet, was provided by Lakeside Kitchen and there was plenty for all.  During the dinner break, Gary distributed his “Impossible Cycling Quiz”.  Most thought that this was aptly named and managed only a couple of correct answers.  Ruth stunned us all with her knowledge of cycling trivia, scoring a fantastic 12 out of 20.  Well done Ruth, but you really must get out more.

Next up was a Top Gear style Wattbike challenge, with riders vying to log the highest peak power from a 10-second burst (reduced from an expected 30-second stint to avoid the hot buffet reappearing!).  First to throw down the gauntlet was Norman King, recording a creditable 767W and demonstrating that he was a worthy winner of the “Up for Anything” award, presented later in the evening.  As the challenge hotted up, the big guns came out and, inevitably, resident pro Jake Hennessey took top spot, closely pushed by Ian Macauley.  When Jake was disqualified for knowing what EPO stood for, Ian took the prize (a bag of Haribos, I believe!). 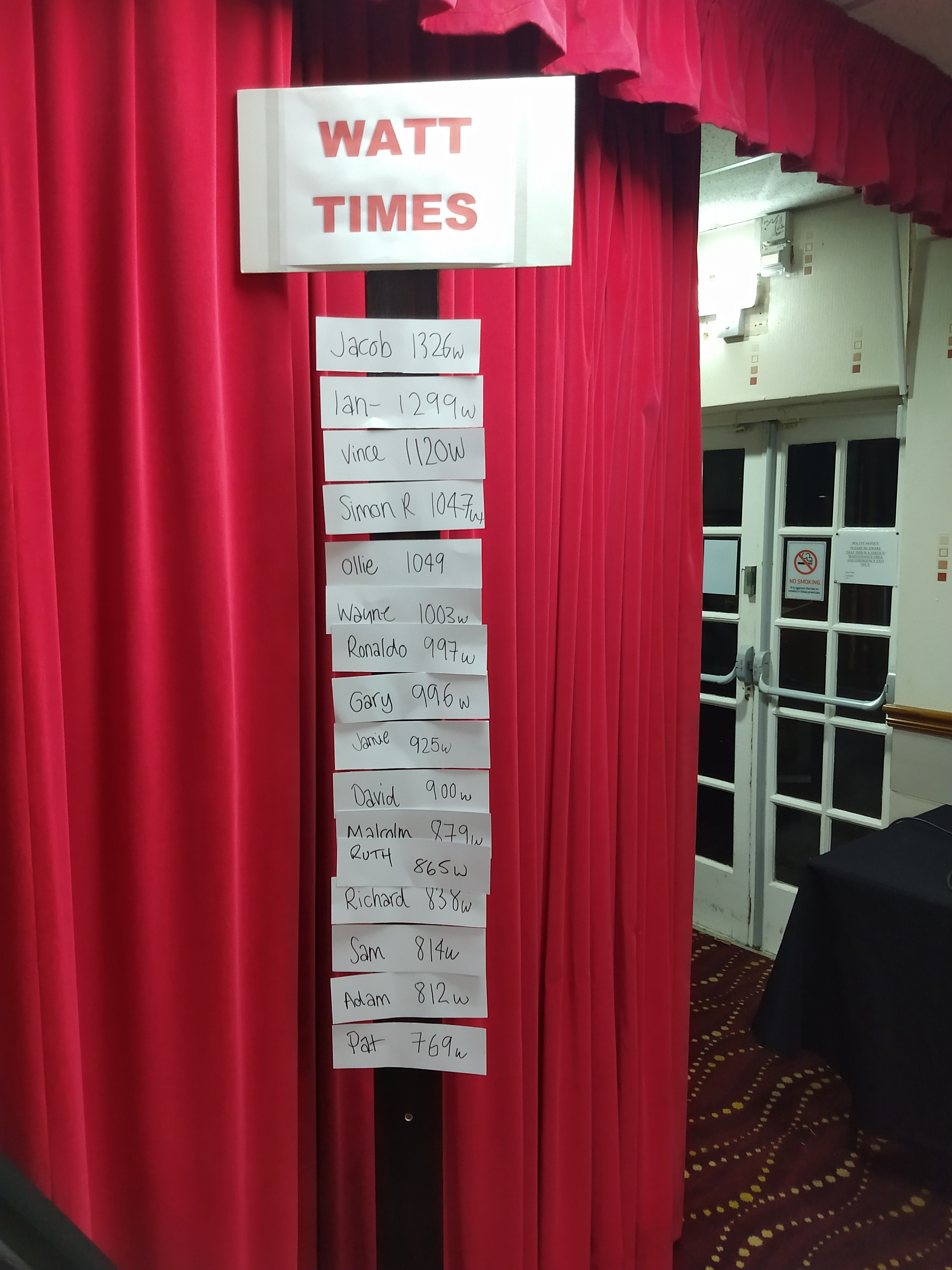 Presentation of the usual racing trophies was interspersed with some more comical ones and recognition for services to the Club throughout the year.  Well done to all the worthy winners (see below).

The evening was rounded off with an amusing Q&A session with SNCC’s own pro cycling couple, Jake Hennessey and Kiera McVitty, with our ever-present Chairman acting as question master.  Who would have thought that Jake’s fallback occupation, should his cycling career come to an end, would be a contestant in the World’s Strongest Man.  Better start eating more pies, Jake! 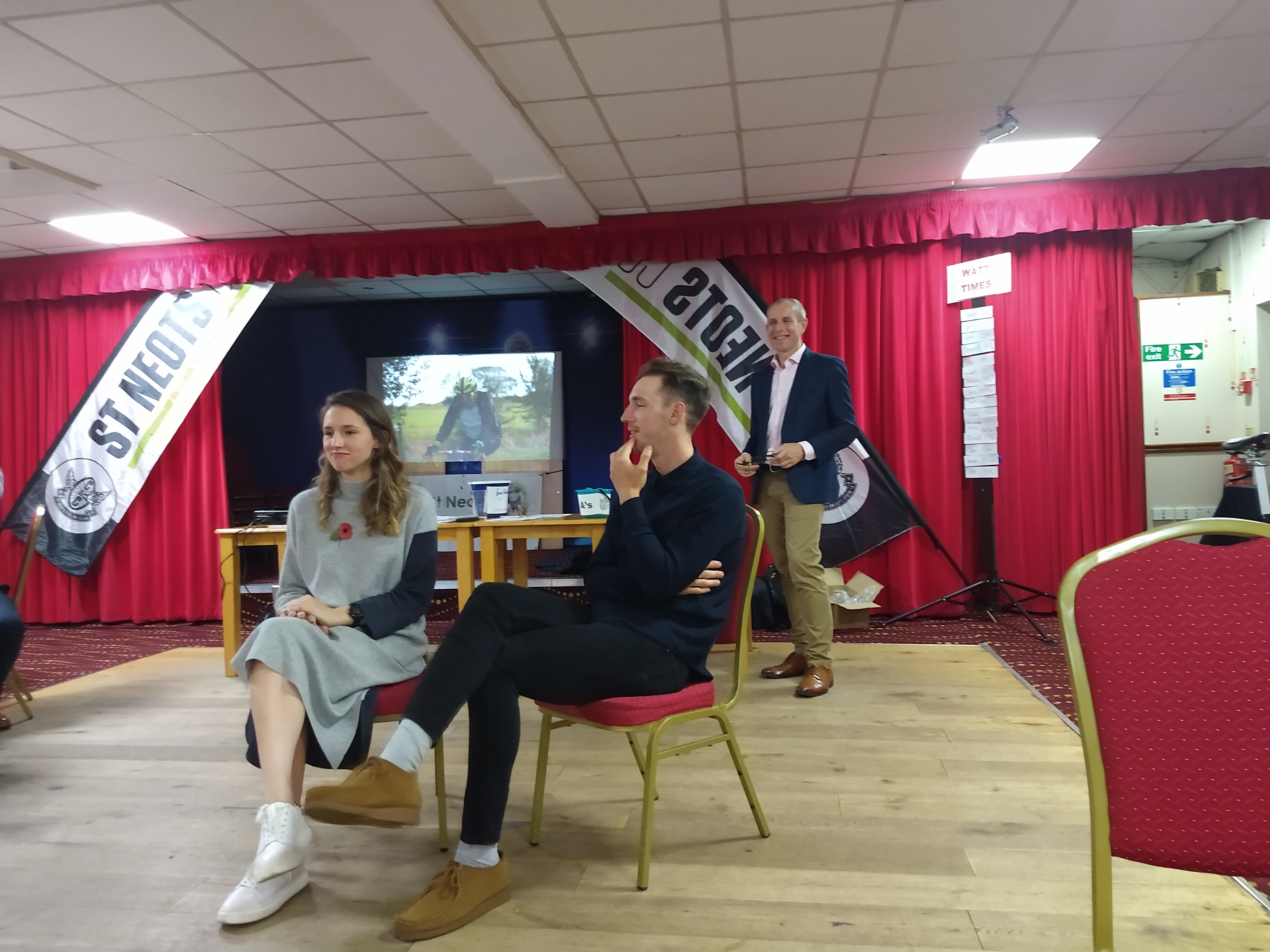 The evening was a great success, hopefully to be repeated next year.  Huge thanks to Gary Adnitt for pulling it all together.