A Friday Night Jolly To Maldon 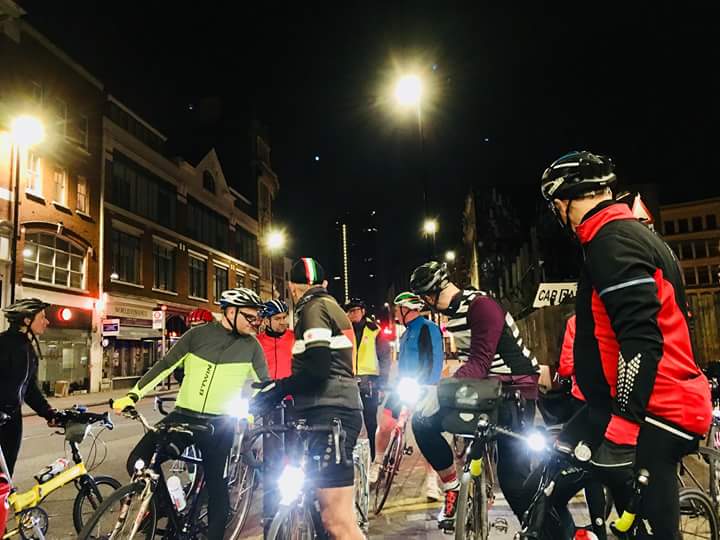 With my son very selfishly choosing to be born in the middle of July and a wedding to go to I was going to miss this years Dunwich Dynamo (again) and i was looking for my nocturnal cycling fetish to be satisfied.

I had heard of “The Fridays” before but never gone on one of their night time excursions but i could see that there was one coming up that went to Maldon in Essex..hmm….train to london ,cycle to Maldon for brekkie then a cycle to Elsenham for the train home….a plan was starting to form.

First things first i signed up to the fridays for the princely sum of £2 a year,the only other thing that they insist on is either CTC or british cycling membership to cover 3rd party insurance. All signed up i was looking  forward to the night of the 18th……..

Got to the meeting point by the National Theater after running the gauntlet down Tavistock St and Aldwych but was treated to a great view of nighttime London as i went over Waterloo bridge to see one other newbie already there. Slowly people turned up and names where checked off, all told 35 riders turned up on a wide variety of bikes.Bromptons,tourers,Audax style bikes,a Flying Gate (look that one up !), a few plastic Fancy Dan types and one absolutely gorgeous Mercian ..but shood with Di2...still not sure about that one. There followed a very well choreographed demo of group riding signals and instructions and the job of the volunteer way pointers that would be required during the night,this was a fairly easy job..if you was at the front of the ride then you stayed on the junction to show the way until the TEC’s (tail end charlies) instructed you to rejoin,this was also the ride leaders first time of leading one if these rides and in his own words he “didn't like hills” (top man). It was also said the way pointers made need to double up north of the river as we were going through some “iffy” parts of london. 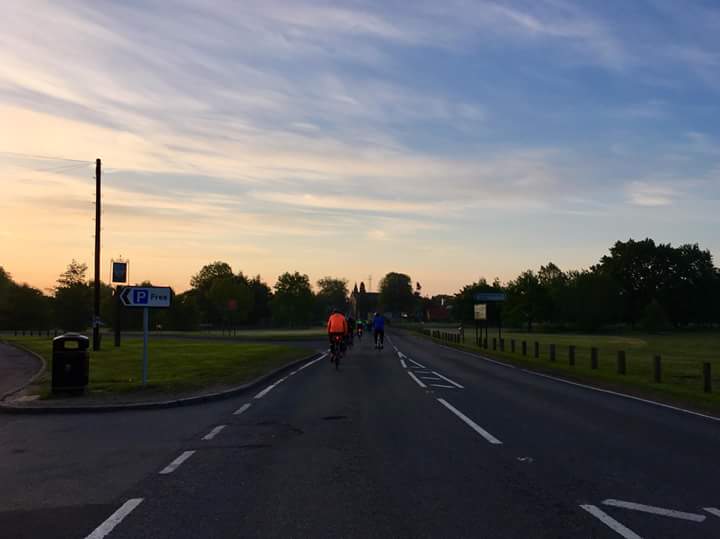 On the stroke of midnight we set off,back over the water on onto our own impromptu version of the london nocturne around Smithfield as there was a way pointer cock up,this was soon sorted and we continued our trip through london. The “iffy” bits where soon dispatched and we continued our cycle going from city to the burbs...anyone who has done this before will tell you what a wonderful experience this is as you transition from city to countryside and to me,this is always one of the highlights of this type of trip.

Around Enfield we were waiting to regroup when a bloke on a rather nice vintage Mercian on his way home from the pub in total non cycling garb ..think wooly jumper ,jeans and trainers.. asked us what we were doing.once explained he said it might be fun if he joined us “for a bit” and off we set again. After a stop off at a 24hr garage in Cheshunt we entered proper countryside,by now the temperature had dropped to around 3 degrees and the pub lad was still with us..brave ..chap.

The pace of the ride was very relaxed so i found myself at the front a fair bit (no laughing at the back ! ) so i was doing a fair bit of waypointing, this meant that when the TEC’s come though there was a gap of about 5 minutes...i loved this part of the ride as i was on my own going through the darkened tunnels of trees before i caught the main group again,but the real treat was to come when dawn started to break as there was little hollows of mist with a long line of rear lights peeking through the gloom…..a wonderful sight and i wish i was a good enough photographer to do the sight justice.

The Fridays had arranged for a tea shop in Hatfield Heath to open especially for us at 4am, this came at just the right time and the owner had arranged sandwiches tea/coffee and cake all for a fiver...with that dispatched it was the final leg to Maldon...oh yes pub lad was still with us. The last 20 odd miles were done with no issues as everyone had got their second wind after the cafe so we all rolled into Maldon just after 8 and went to the pub that had opened early for us. Full brekkies where the order of the day and after this people started drifting off to catch trains or had made other arrangements for getting home.

The 30 mile cycle to Elsenham station was not too painful even though the day was getting very warm , the route took me though some lovely essex villages on some very quiet lanes.It was a very enjoyable ride at a very relaxed pace with a very friendly bunch and i think that all cyclists should give all night riding a go at least once as it adds a different dimension to the usual ride out...i for one love it !

The Dunwich Dynamo is not far away now and is a good introduction to this type of ride and while its not supported there is always plenty of help if needed…….oh…..the pub lad made it all the way to Maldon...chapeau that man

https://www.cyclechat.net/threads/london-to-maldon-friday-may-18.233208/ some alternative views and pictures 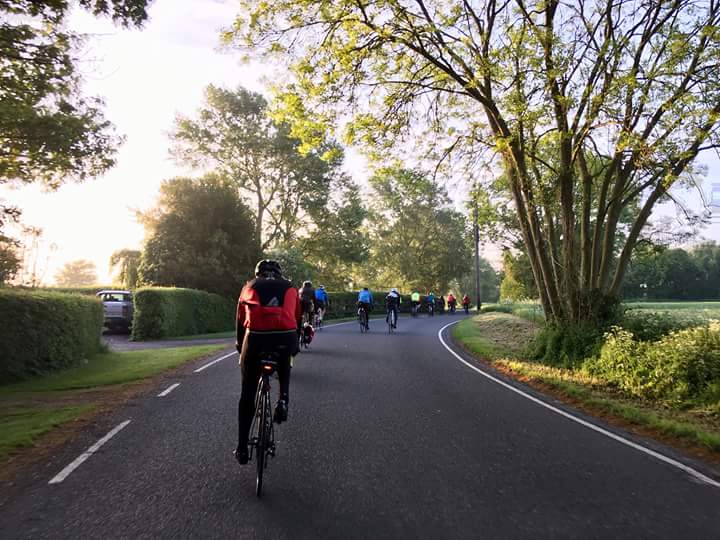 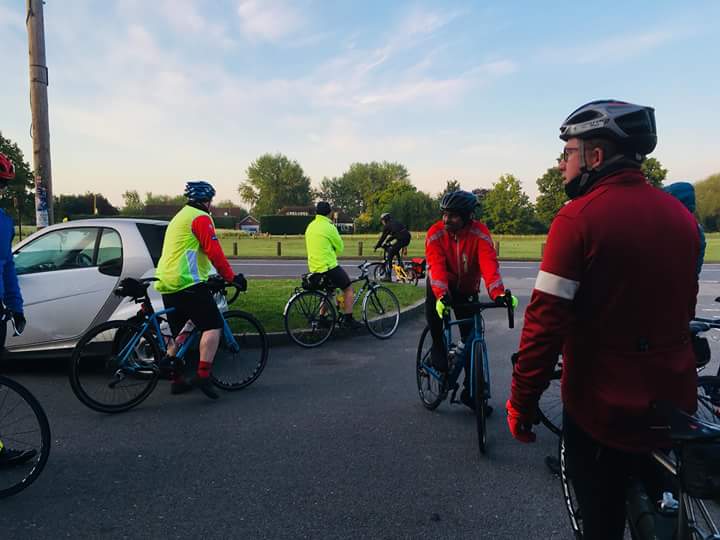 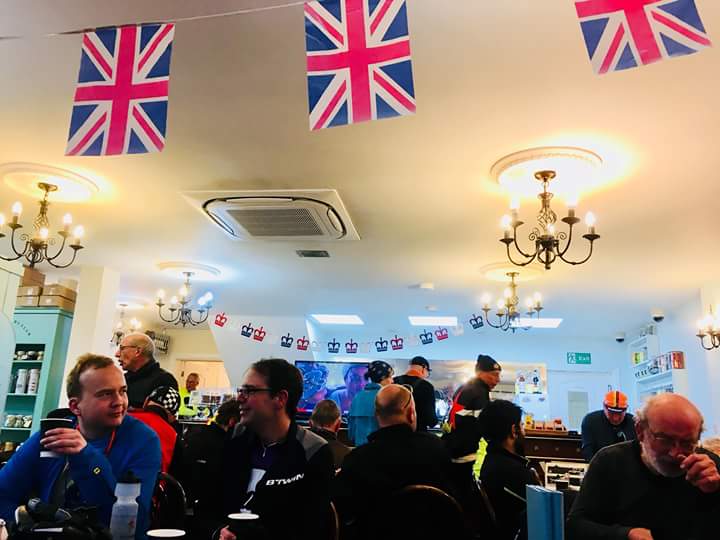