Another Friday night ride to the...err..coast

The Fridays had organized a ride to that lovely coastal town of ….. Cambridge...well it's nearly at sea level I suppose being on the edge of the Fens.

I had put this up on the clubs Facebook page and got a fair amount of interest so Mark,David, Simon , Paul, Sean,Andy and myself all met at St Neots station with Alec meeting us in London. The first hurdle to overcome was the complexity of buying group save tickets,with that sorted it was then onto the rattler for the trip down.

The ride from King's Cross to Waterloo could be described as "exhilarating"with negotiating the late night traffic and making sure nobody got lost but we were rewarded with a great night time view of the Thames as we crossed Waterloo bridge and meet up with Alec. Simon and David enjoyed doing their bloody tourist bit by going back on the bridge and taking a few pictures.

People started turning up at the meeting with SNCC being very well represented and all told there was around forty people riding with the broad church that is cycling all represented. The usual mix of bikes were on display with many more titanium/stainless steel bikes than on previous rides and in the mix was the usual Bromptons,plastic types and one recumbent.

Also riding tonight was a lad of 12 with his dad doing the longest ride of his young cycling career to date...brave lad!

At midnight we set off,and soon we were into the more "interesting" parts of London where we seemed to be accompanied by a strange smell until we reached Walthamstow. After a lengthy puncture stop we went though Chingford wondering how much of Brinks Mat had paid for some of the mansions that we were passing.

It seemed to take an age to get out of the city,too long really, but almost in an instant we were into the dark Essex lanes and the ride completely transformed into little climbs and descents which focused the mind wonderfully,those doing waymarking then could stretch their sprinting legs and catch up with the main group.

Badgers,Deer (crossing the road just in front of us)and Barn Owls where all spotted and one unfortunate bat got up close and personal with Simon (poor thing).

We got to the (over) halfway point at Birchanger services for a well needed food and drink stop,it was here that the Camboure chaps decided that they wanted to stretch their legs and set off before us,with the rest of us leaving with the main group.

The last 25 odd miles to Cambridge went fairly quickly and before we knew it we were in the Regal stuffing ourselves with full english's ( and some washed down with a pint).

All that was left to do now was get home so Simon,Dave,Mark and myself set off for home,not easy after a night of no sleep and a mound of fried food rolling about in our stomachs.

Another enjoyable ride although some of the stops were very lengthy ,but its a group ride with different bikes and abilities ( the 12 year old lad made it) so it is what it is.

The Dunwich Dynamo is on the 13/14 July and I think a few of us are doing it,so if your interested get in touch and hope to see you there. 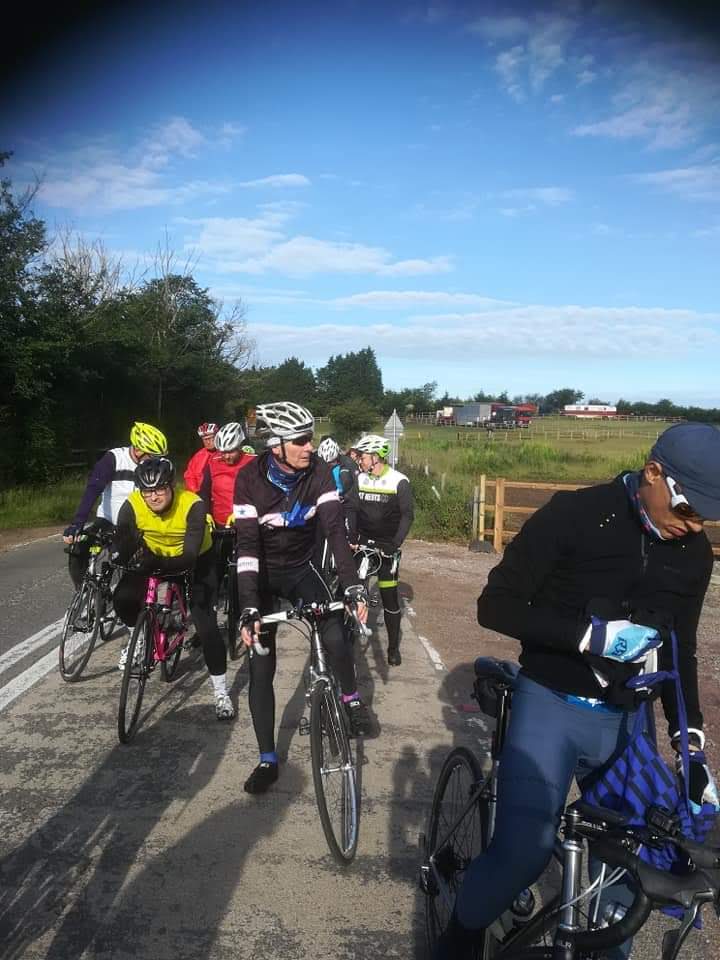 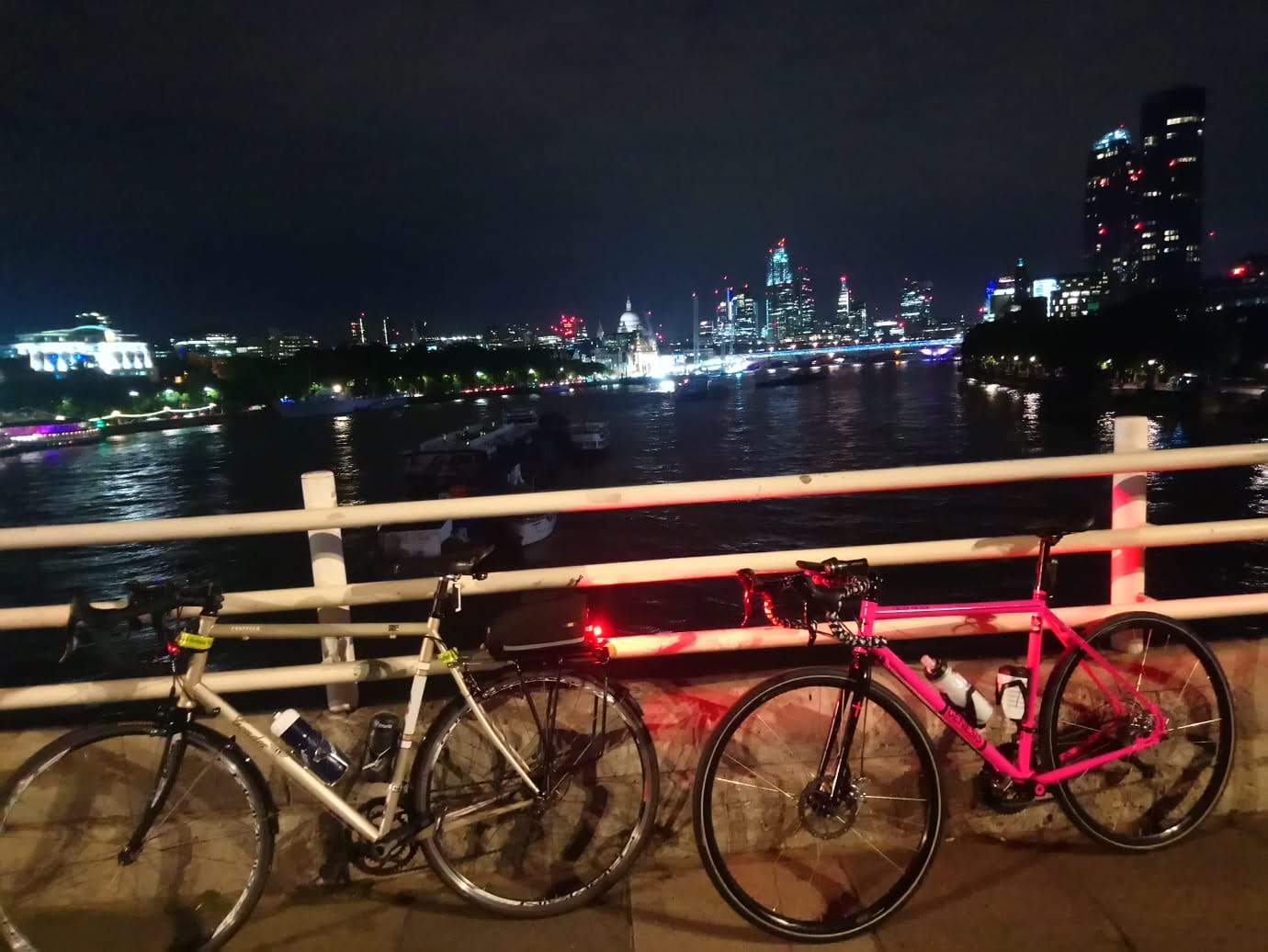 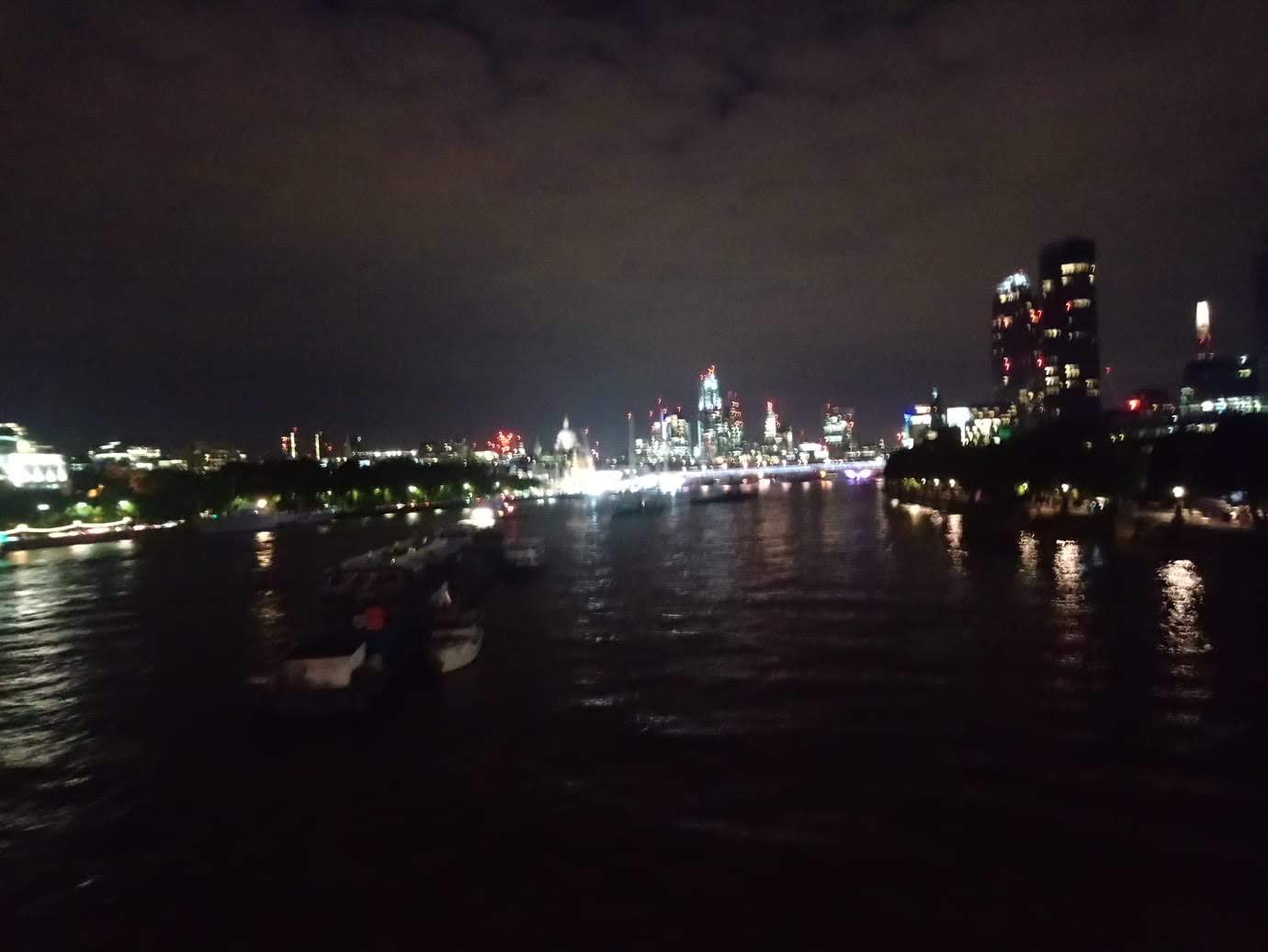 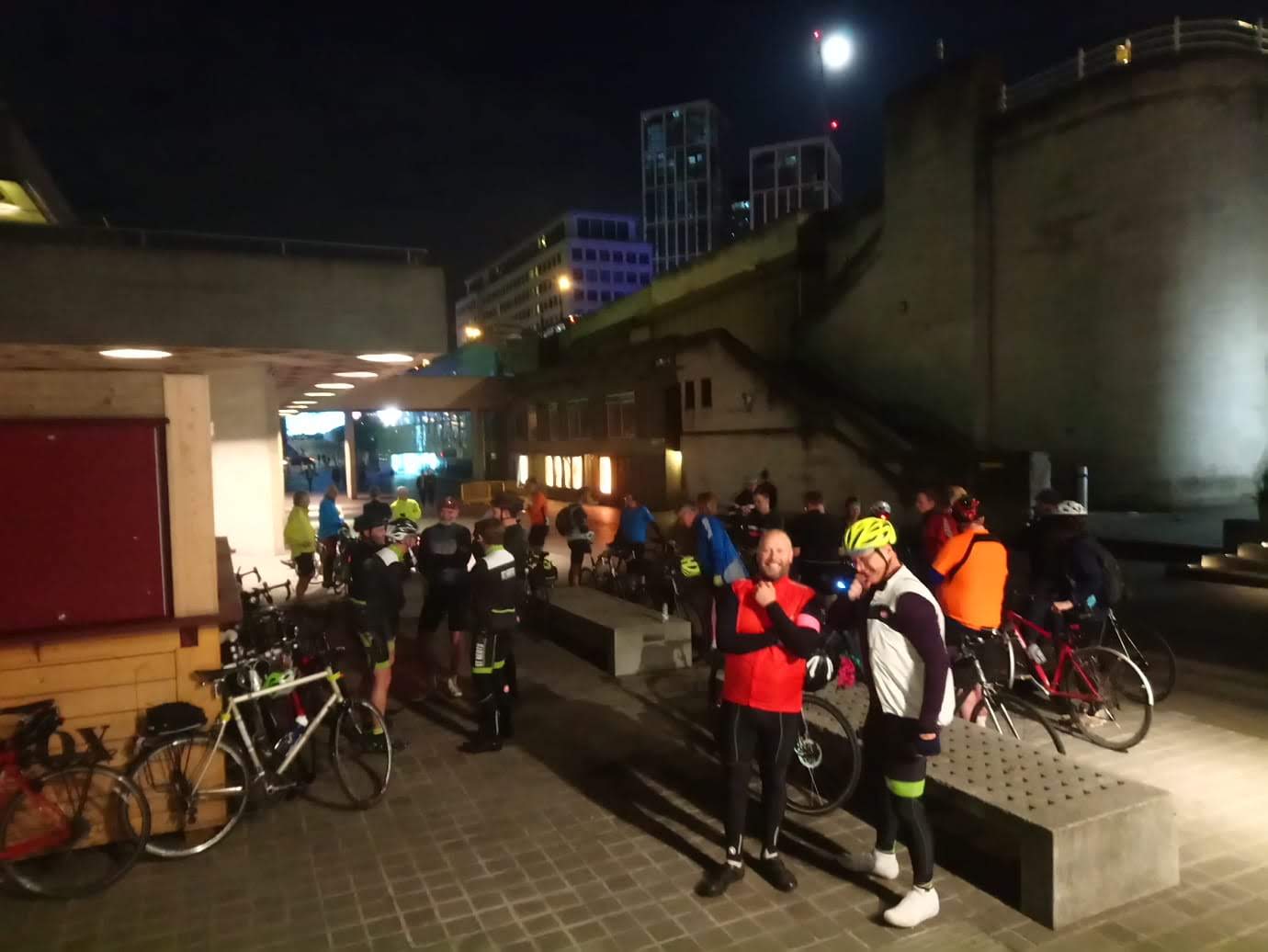 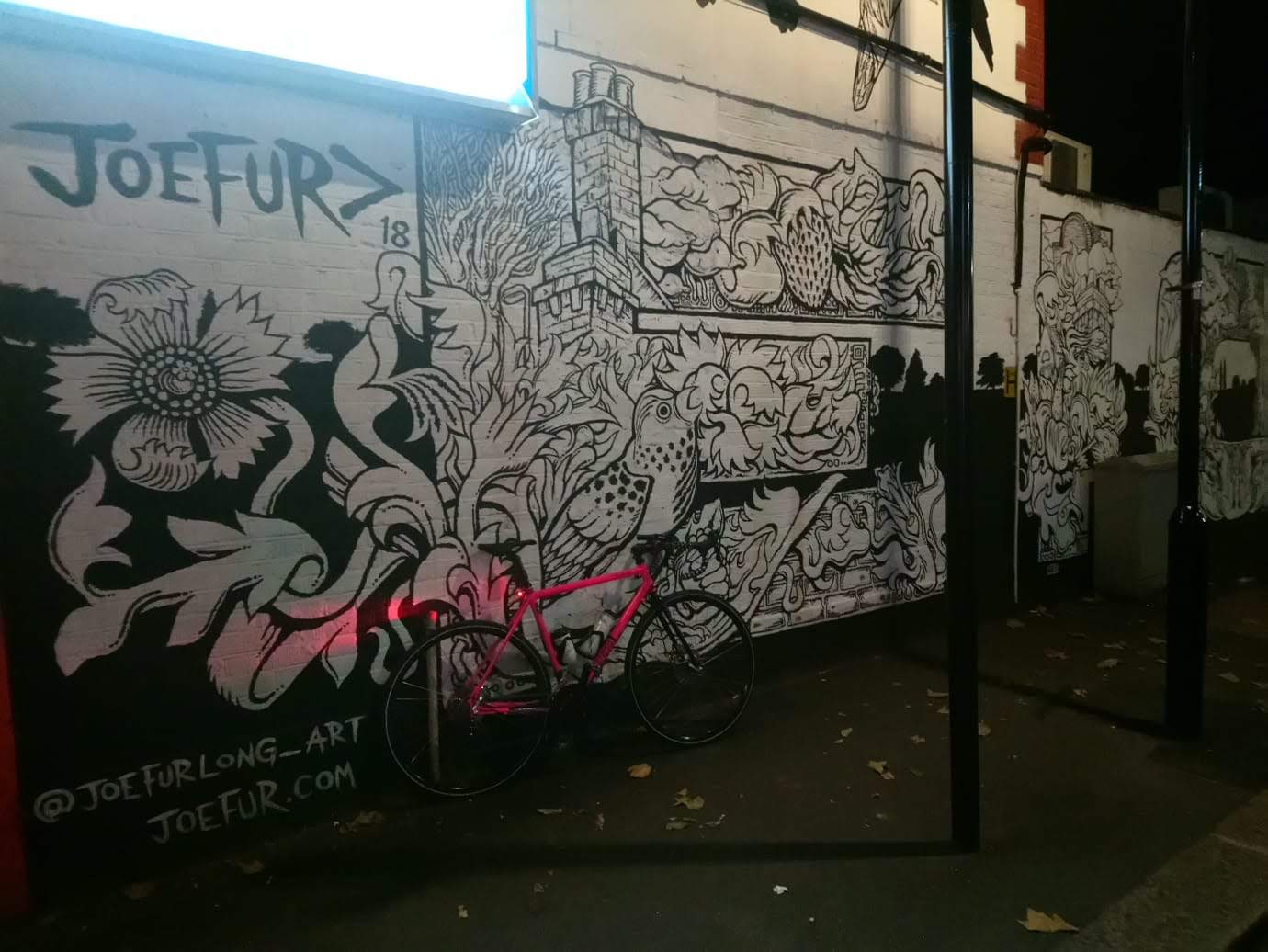 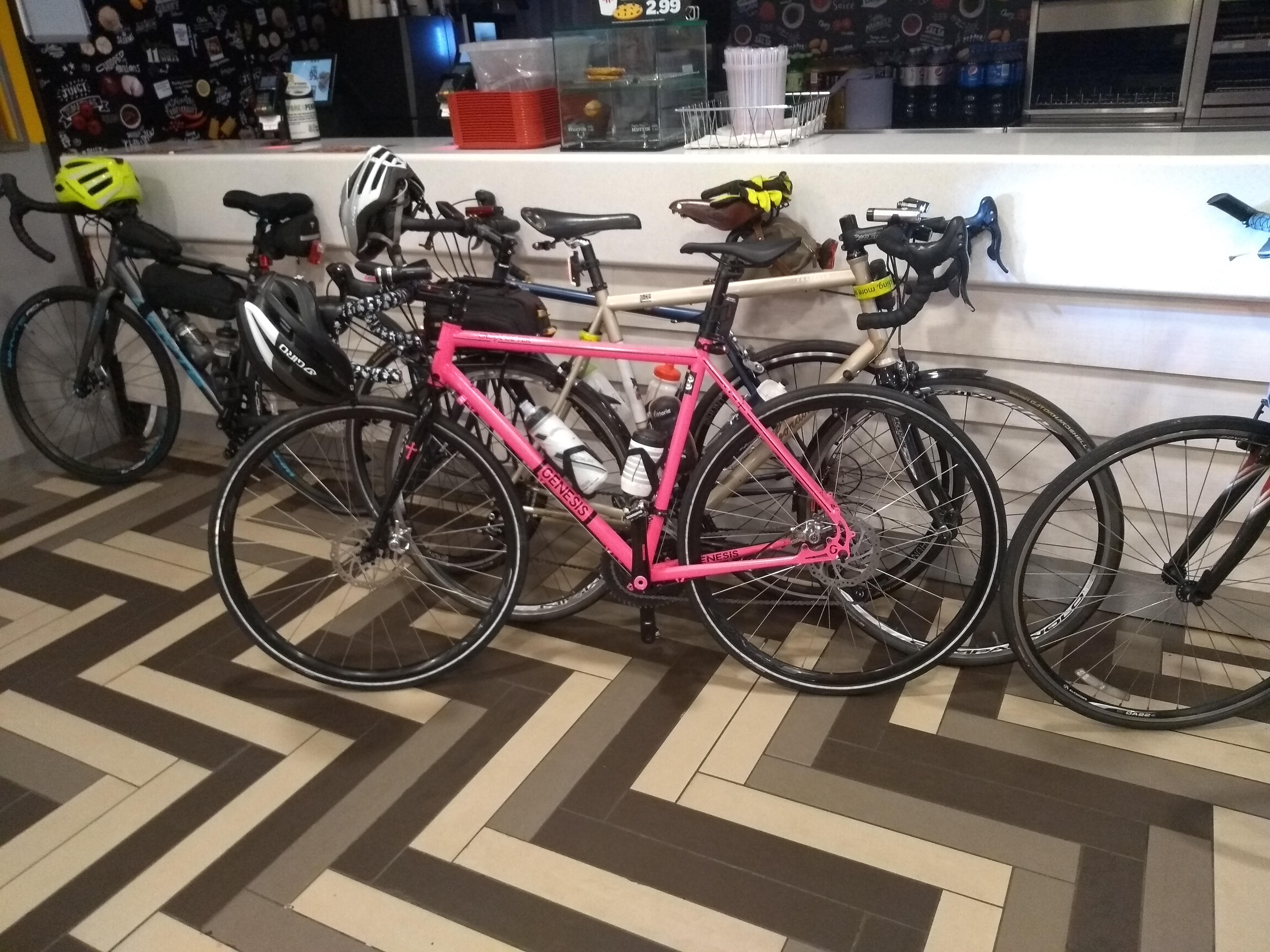 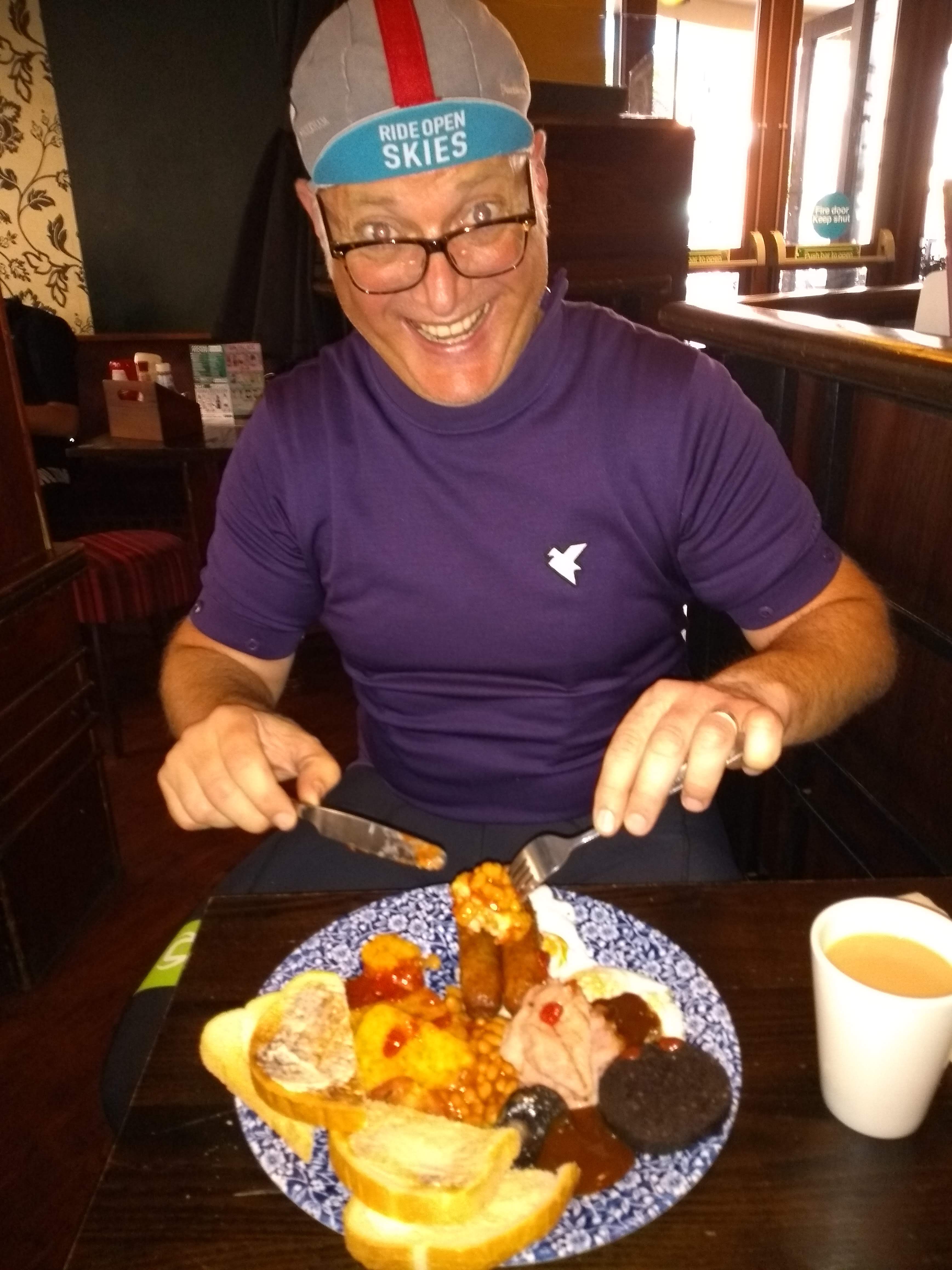