In retrospect this was better for me as I was so much better prepared and the training/long rides this year had gone well as well as a solid winters training. I did try and chivvy some other interest up but all had other challenges, were washing their hair or some other excuse, maybe I can persuade others for 2023. This is an excellent event, well organised, and easy to reach from Cambridgeshire, it is all becoming a “must do” event. I would recommend having support and, in this case, I talked my brother into supporting me, great decision, he had my extra food, drove me there and back, and rode out to meet me at all feed stages except the first one. Massive thanks to him as he had been injured for a number of months and even though he only did 37 miles this was his biggest mileage this year. He also knows me, knows how to make me tick, knows my foibles and what to say. So, I booked us an Airbnb at California Sunset Chalets, bit of a mess up with the chalet number but we got booked in. Warning, if you are doing this book accommodation early, Premier Inn were looking at £300 for a night hence going for Airbnb. As an aside the Airbnb was not great but at least it was a place to sleep. So, we had a meal in the local pub, not too bad and a little walk. We went back to our chalet; I don't mean to stereotype but some of the people were there to party. But we were OK and I managed to get to sleep about 2145. Woke up about 3 times as I wanted to get up at 0300.

Good decision to go over the night before and with a banana and a hot cross bun eaten set off the Yarmouth Racecourse at 0345, my brother was going to meet me at South Lopham Village Hall. Was too early as check in was 0430 but spent the time talking to others. Checked in and was off at 0445. With almost 300 other cyclists. We knew it would be hot and I did put a lot of sun cream on, loads off food on me, had 2 full bottles and we set off with it being slightly cool and with a mist over the broads. I was averaging almost 15mph and managed to stay with groups most of the way. Got to South Lopham at about 0800, 45 miles in, it was getting warm, I was still feeling good.

Set off again for Outwell which was about 98 miles. Through Thetford, Brandon and the notorious Fens. For a change the wind wasn’t too bad but it was getting hot. On the way to Brandon, I was now isolated but kept seeing the same cyclists at the feed stations and on the routes. Most cyclists were taking other stops in between. At Three Holes I met my brother who cycled with me for the last 5 miles. Got to the Village Hall and had a sandwich, refilled and some cake. I knew the next bit would be tough, not for the height but because it was hotter around 12pm and I was starting to feel the distance.

So off I went, soon did a PB for 100 miles so I was going well. Seemed to take a long time to get to Kings Lynn. This was a relief as it took my mind off the countryside. It was about now my feet started to ache so I eased off the fastenings to my shoes. I had to get off to ease the pain ands then start again. I had forgotten how lumpy it was to Hunstanton and I somehow missed the turn but turned into Hunstanton, this was very busy but again made a nice change. Met my brother again about 5 miles from the next stop. Soon got to Thornham Village Hall at 132 miles, ate everything in sight, well quite a lot, filled almost 2 bottles. I knew the next 68 miles was going to be tougher.

So set off well towards Wells and I had a good start. Was now taking gels and had 2 before Wells. Another walk around to ease the feet. It almost seemed hotter and a headwind! Stopped at Wells to take a break then off to Cromer. Now this was tough, hilly, hot, and I was doubting why I was doing this. But I was prepared, fit, and in the best form since I restarted cycling. But it seemed an age to get to Cromer, took a gel and then somehow just after Sheringham energy surged in and I started overtaking other cyclists, wow. My brother met me just before the feed station about 2 miles out but I was so glad of the lead out up the hill to Overstrand. Sausage Rolls were consumed in vast amounts and Jaffa cakes. Made this a 10-minute stop as I had 32 miles to go, how hard could that be!

So, it was now 1815, earlier in the day I was hoping for a 1930 finish (my plan was 2030), I knew it was going to be about 2100. I was always ahead of the cut offs; event closure was 2130 but felt confident of beating that. So up a hill and quite a few lumpy bits to Bacton. Then at last it was flat; I saw I had 20 miles to go and started to relax and enjoy the last miles. My brother met me with 10 miles to go and he paced me to Caister. Suddenly I managed to cycle 15 miles an hour for the last 4 miles. So finished at 2045, great reception, lovely medal. Very pleased, my longest distance, my longest time in the saddle.

Three days later, would I do it again, yes. But I have a sore right knee and a swollen right foot and I am hoping a week’s rest will see me OK. 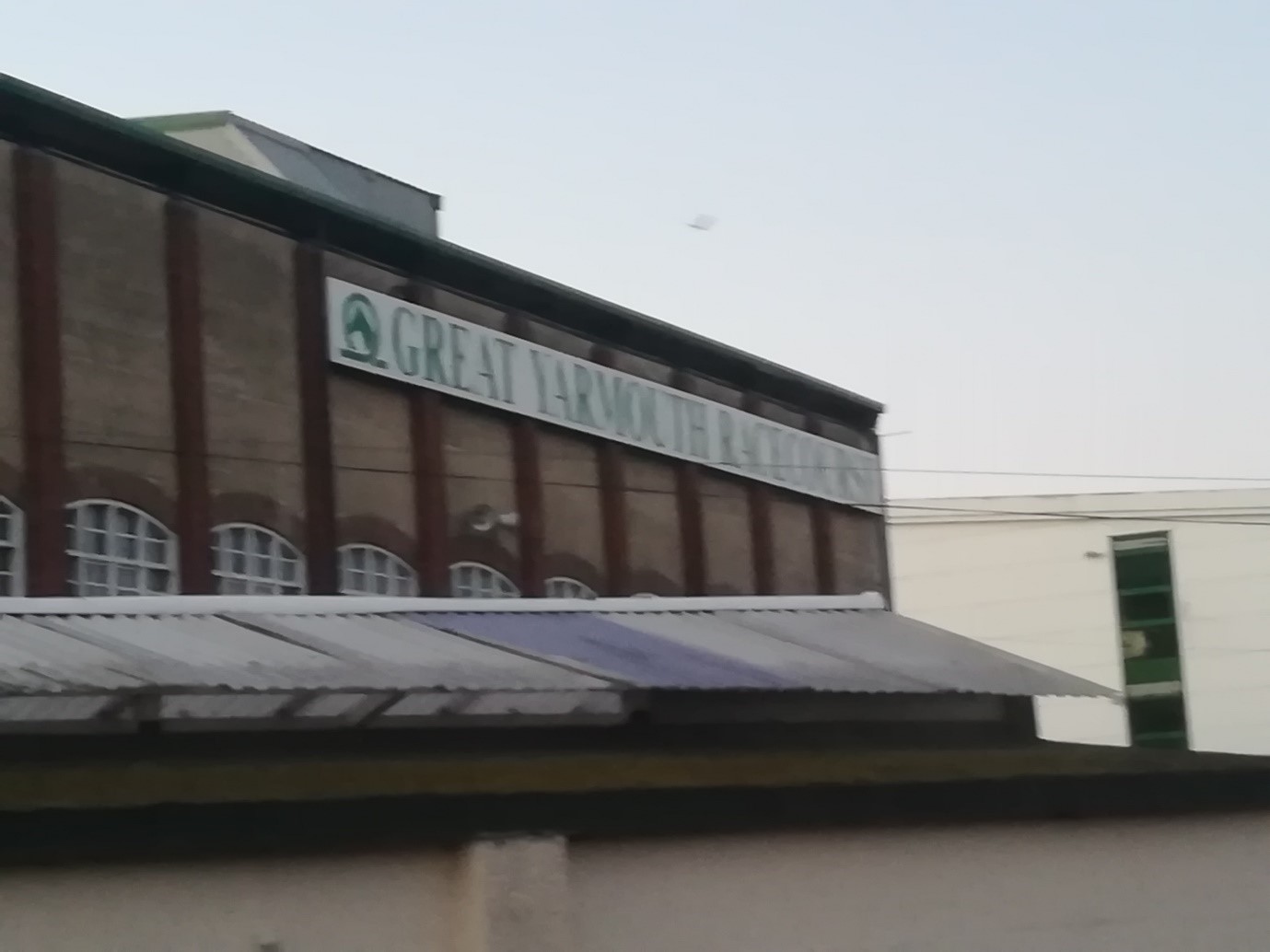 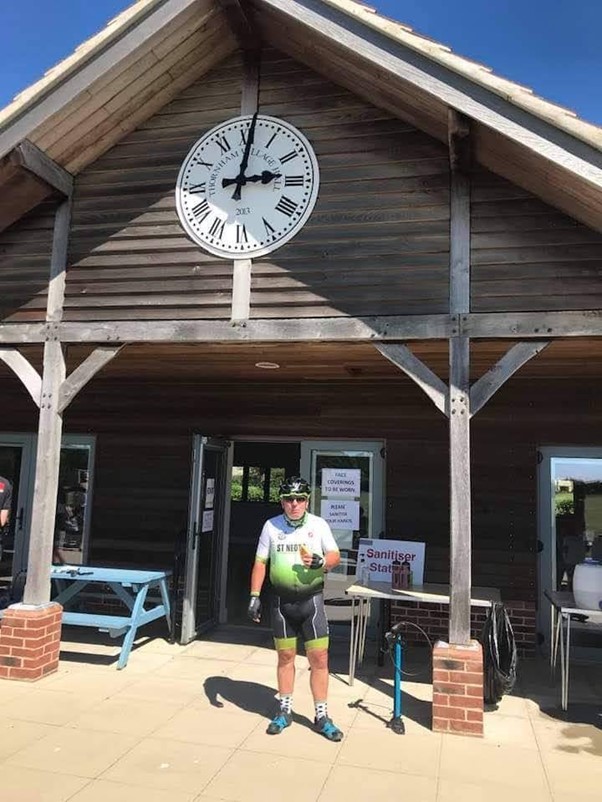 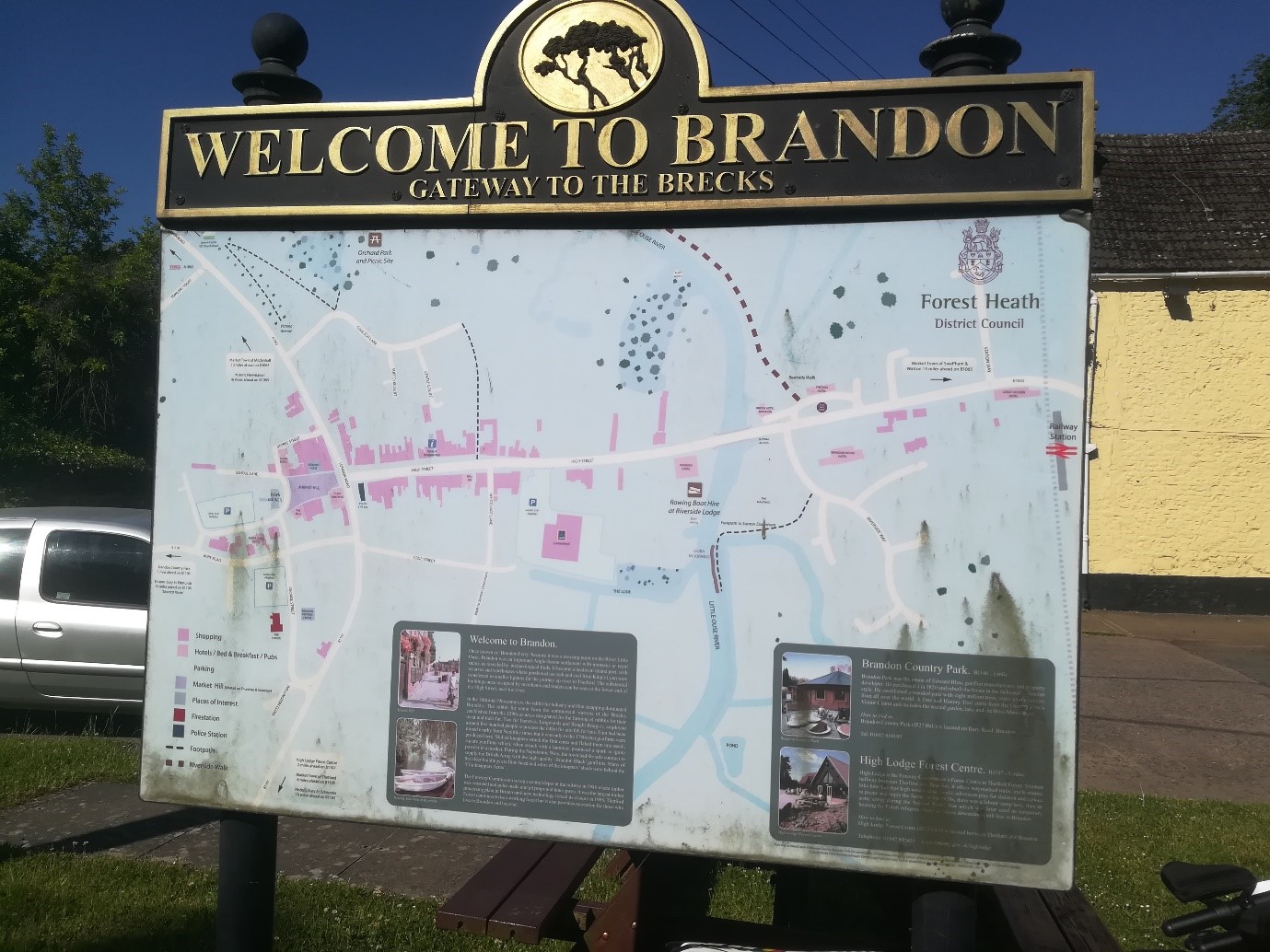 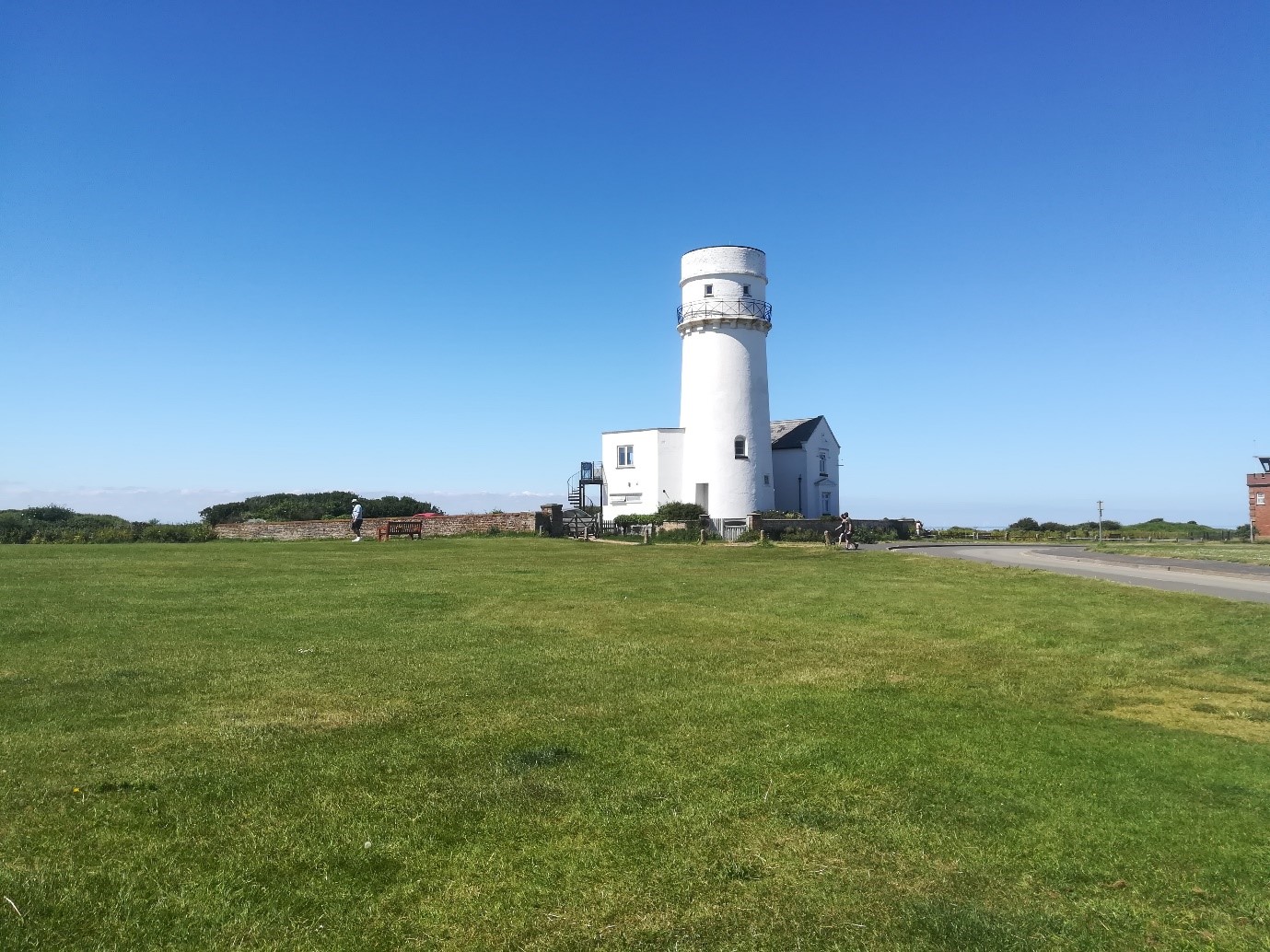 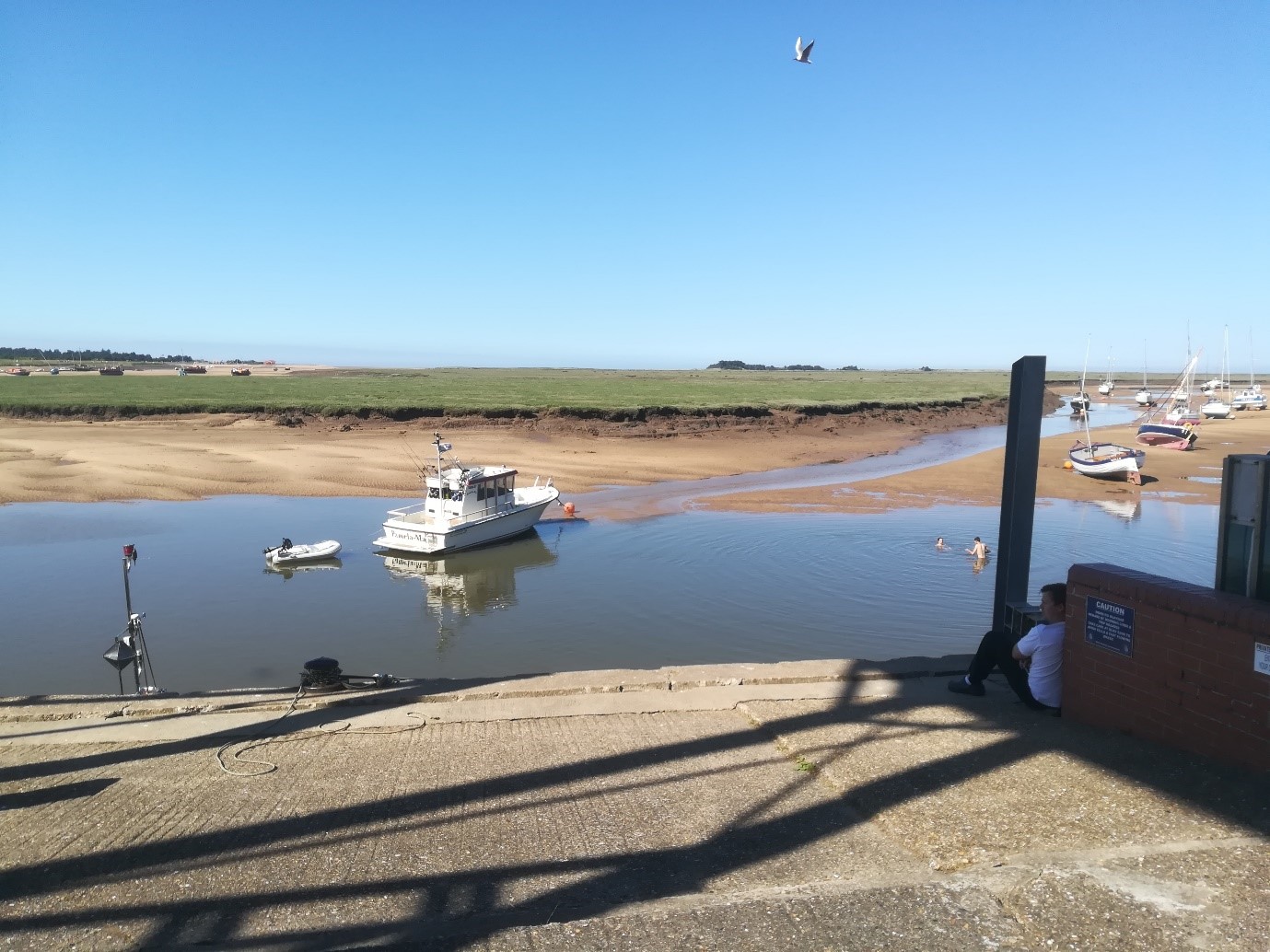 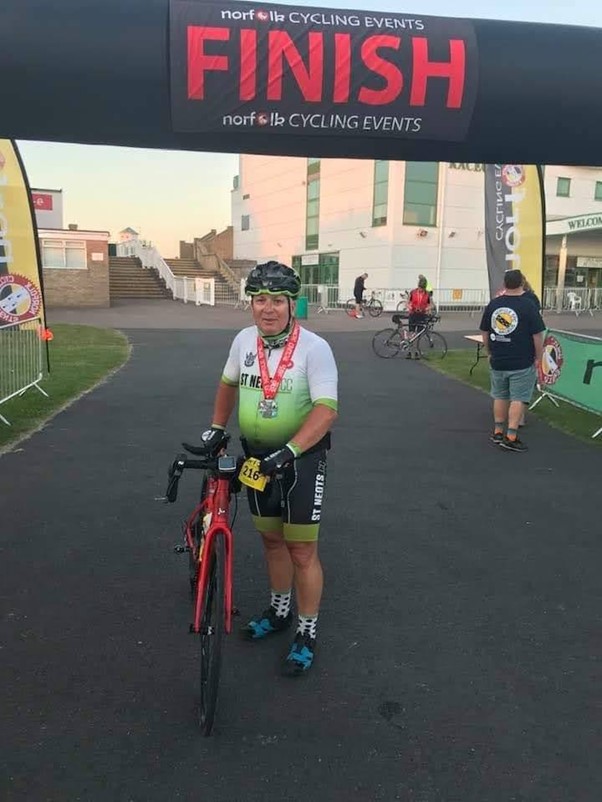