Six riders set off from the square on a selection of road, cyclocross and mountain bikes, which would prove to be the best selection for the route would unfold as the miles ticked by….

A 60 mile route was ambitiously mapped out, including road and off road “sectors” to emulate the cobbles of France.

The first off road sector was down from Abbotsley Golf Club to Tempsford Airfield, Chairman Gary’s road bike selection proved the first to fail as a 100yd sideways slide down “the bitch” was very entertaining to Jim Robertson watching on. Similarly, was the episode of nettle bush rushing moments later.

A brief payment of respects at the Airman Memorial on the airfield was then to see Malcolm Gammon’s mountain bike burst a “no tubes” tyre, we’ve not even done 8 miles yet!

A trip to Sandy, Potton and other villages on the way to Ashwell passed with much humour before the first noticeable crash. “Whatever you do, stay left” warned Malcolm to other riders on a tricky off-road section near Hinxworth. Simon Rinaldo had other things on his mind though, noticeably a Badgers Set as he crashed in to what Malcolm was trying to save people from.

Several miles later we hit Gransden and decided to head home instead of continuing the route, time was running out and some felt so was our luck.

On our victorious return to St Neots we were welcomed at The Barley Mow with flowing ale and homemade chips, so good that the medium road group joined us too to here of our exploits.

In summary, the cyclocross bikes proved to be the best, a fashion for which I think we may see broaden. 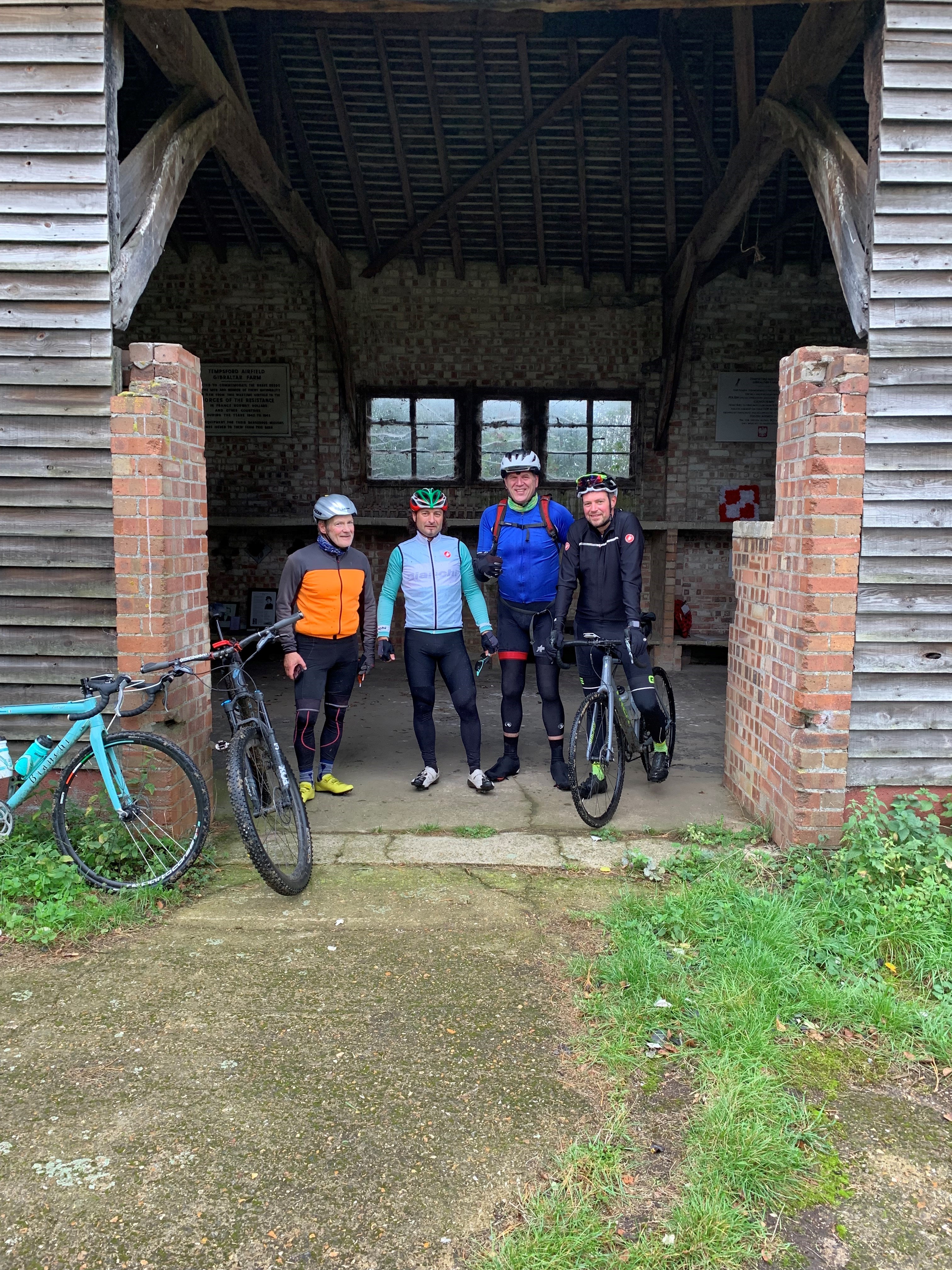